Any good deals to be had?

Has anybody heard of some sales at present or in the future,like black Friday deals on the SDS200?

Chief of Ops of the former Firegroundaudio.com

This has been asked countless times here. I've never heard of such a sale with regards to the SDS series scanners, Uniden's prices are pretty much set in stone. Every so often, retailers like HRO might knock off $50 or so on a x36hp or 325/996p2 and if you're lucky you MAY find a second-hand SDS200 in good condition on the classifieds section here typically for $50 or so less than MSRP but they sell faster than hot cakes so you gotta act fast

You would think so but I don't think I've ever seen Uniden do a Black Friday deal or really any deal. I've seen some of the scanners, like the BC125AT, go on sale and drop down to about $89. But I've never seen any sale on the higher end products until a new top of the line product comes out. Especially on their latest radios in the SDS series even though it's two years old now for the SDS100. I wish they did have deals because I might be inclined to buy another SDS200.

I could be wrong, and maybe they do sometimes have deals, but I don't think I am and I have never seen one before If they have had sales on the top tier products.
E

Few weeks ago a reseller on Amazon knocked down the price of the SDS200 for a day or two. Was a big thread on it. Otherwise, basically what the others said above - don’t expect to see much on a deal from them.

About a year ago, Amazon had the BC125AT on sale briefly for $85 so I snagged one. I already had a BC125AT but at that price I couldn't pass it up. Since the pandemic, though, it hasn't dropped below $110. And the SDS series? It will be a few more years before we see any substantial savings on those units. So, suck it up and pay the going rate unless you want to wait until 2024.

Here is the thread from late august...

You can always set a "target" price in Keepa or CamelCamelCamel, and then you'd get a notification if the Amazon price drops to, or below, your target price.
G

Don't count on Amazon for any deals. Bearcat Warehouse is your best "go to" dealer.
T

Here is a good deal from a reputable dealer: 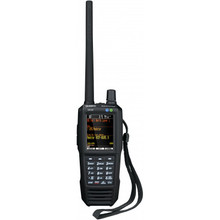 georgesharpe said:
Don't count on Amazon for any deals. Bearcat Warehouse is your best "go to" dealer.
Click to expand...