I received my ticket in June 2020 though I was using this radio to monitor public safety for quite some time prior to that.

I am not on DMR with the Anytone and multiple times I have had users report that I start to sound underwater.

I was advised by a few that it was a possible issue with the radio in that of a bug. I am not sure if that is true or not so wondering if anyone else has heard of this.

I have started transmitting lower power where applicable, but, if this is not something I can hear myself, is there a way perhaps I could test it?

I was hearing about a parrot channel? TG9990 (or 9999) basically repeating back to you?

Any info would be appreciated. 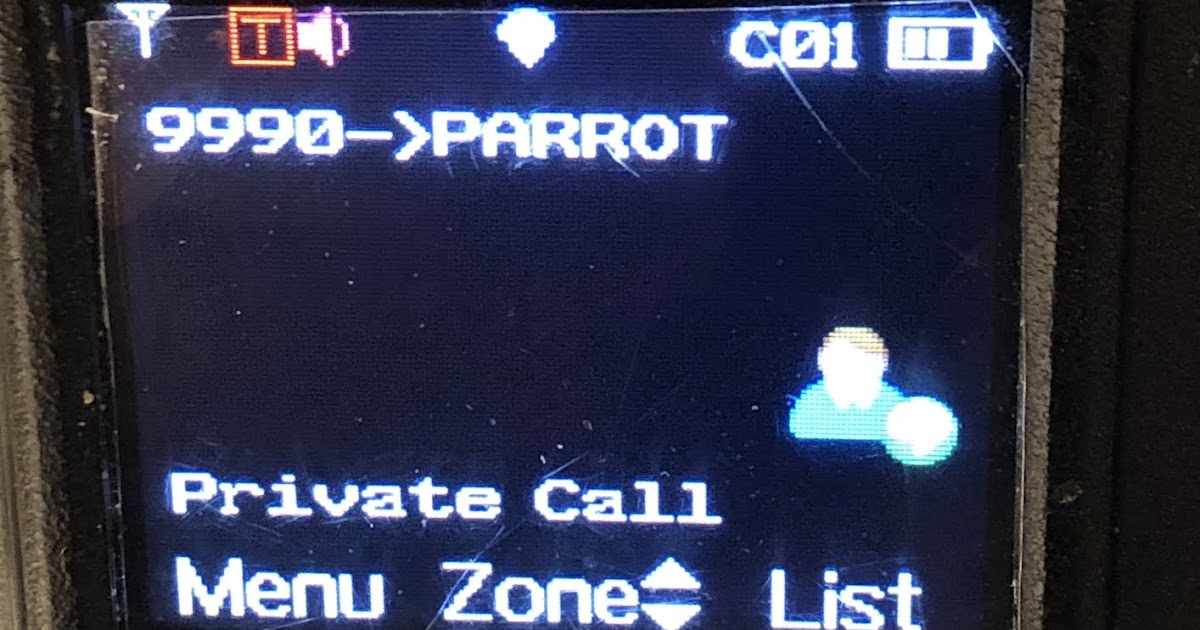 This next post on my Digital Mobile Radio (DMR) tips series, we’ll look at an easy way to test our radio and also check that the repeate...

...202,
I can't say I've heard of muffled audio on an Anytone. I did have 2.39 on my 868 briefly, but went back to 2.37/1.37 (FW/CPS) as the CPS was creating a DFC file that the 3rd party contact manager application could not read. Maybe the mic hole between the 7 & 8 key is blocked or you are covering with your fingers. I don't think lower power will help other than not hit the repeater with the 5 watts and short antenna. Another possibility might be a low battery, so check the state of the charge when you get muffled audio. The radio should turn off if the battery gets below a specific voltage. Usually before that point is reached, all is working good, but can't say battery might not have some impact. 868 has been around for a long time with many updates to firmware. The last few have been around reception, not transmitting as I recall, but they could have broken something.

Quoting from you post below I'm not sure what you are convey. Maybe only using it in analog mode, which I don't think makes any difference. For a hardware issue I would focus on the analog audio chain in the radio before it gets digitized. In any case beyond what I would attempt fix myself.