Recently acquired the Digitech AR1780, and I'm quite impressed with how well the thing works. Just a few tweaks here and there and it would be perfect for my requirements. But to do those tweaks means getting to know the radio. REALLY know the radio, from the inside out.
Here's what I've found out about the AR1780 (and by extension, the D-808 too): 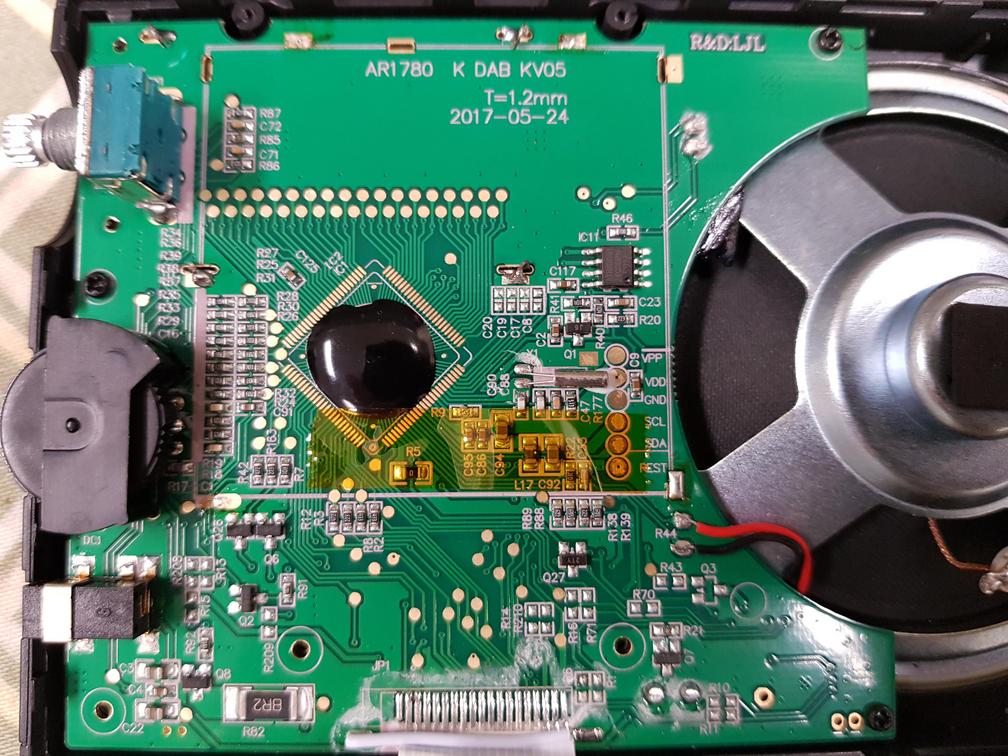 Two minor improvements I'd like to see are:
Another mod that has been suggested is to see if the muting while tuning could be removed. When the radio mutes every time the frequency is retuned, it results in the unpleasant chuff-chuff-chuffing sound that can cause you to miss a weak signal as you're tuning about. This muting is happening inside the Si4735, and while I've not yet looked into the programming reference for the Si4735, it might be possible to disable this muting. But then again, would it be wise to? It sounds like removing the muting could unleash a barrage of unwanted chirps, pops and noise as the electronics within does it's thing. Probably why the muting is there in the first place... but you never know.

Any takers on trying to identify what this MCU might be?
T

It doesn't appear to be an ST Micro MCU hiding under the epoxy... ST Link wouldn't connect to it

Excellent information on this radio, I have just grabbed one myself.

Here is some of my thoughts on this radio: Tassie Radio RXer: Digitech AR-1780 - My Thoughts