I just purchased 2 SDR radios and found I need to have a Discriminator output as to not filter the audio going to one of the SDR radios, I Have a BCD996P2 but cant find any info on where to tap into it to bypass the filter for said output? I found all the info I need to decode NXDN/MotoTRBO Etc With a SDR radio but have hit a wall on were to tap into it? Did I buy the wrong Scanner for the job? I dont want to mess it up experimenting on it without finding exactly were the connection on the main board is? messing up a $400+ radio is not a risk I want to take, I know how to solder I just dont want to experiment blindly with the BCD996P2. does anyone know if a Tap can be made and where to find reliable info on were to make the mod? Thanks

Quote: I purchased a 2nd BCD996P2 -- to use as my base station and moved my d-tap board from the 996XT to the P2. The P2 is much cleaner inside and its DISC test point is in a different location. If looking at the P2 top-down with the front panel toward your chest, it's located near the front panel just off-center. It's a little hidden in-between some of the front panel wiring but it's there.

So my question is about the ground connection. On the XT, I grounded at the BNC jack where the case meets the connector. However, since the DISC tap is farther toward the front panel, I went ahead and used the GND test point that's very close to the DISC test point -- both on the main circuit board.

After buttoning things up, I tested DSD+ and everything is working good. Oddly, my decodes seem much more stable. DSD+ seems happier with its signal input.

Could I have been getting some weirdness by grounding at the BNC connector? Any issues with using the GND test point? It seems to work fine but I never used this test point before... anything to worry about?

PS. I wish I had taken a picture inside the P2. When comparing the P2 to the 996XT or my older BCT-15, the electronics are super clean in the P2 and super small! The advancements are simply incredible. You could fit a 747 inside the P2 case as there's not much in there. Okay not a 747 -- but perhaps a Cessna. "

Found it I took it apart anyway it's on the top in the center about 1" in from the bezel marked dis or dic I forget already getting old suxs anyways I did photograph it, if anyone needs to see it let me know I will post the pics, now I have to wait for uncle Amazon to deliver my 2 SDR radios, yes I got 2 different ones since they were cheep enough one is a rtl-sdr blog r820t2 rtl832u the other a nooelec nesdr probably the same but I will be able to run 2 at a time on for the nxdn decoding.

Lol I was posting that I found it as this came in lol anyway it's close there were no wires near the dis solder point on mine? Different revision board? Thanks for the quick reply I missed this there were so many dead ends when I searched for the info.

Glad to help. I use a NooElec SDR and it works very well. Best bet is to buy the adapters so you can hook it up to an outside antenna - the included antenna doesn't work very well.

Thanks I have to figure it out a bit first before I jump into the NXDN and mototrbo thing, what suxs is 3 agency's I want to monitor are on un scanable systems without a sdr at this point, I wish there was a easier way, why uniden can't integrate some kind of sdr radio into their scanners to decode these systems or at least do it through the usb port to software on a PC? It can't be that hard, kinda wish I still worked for a former company that had access to everthing I could need to possibly make a almost plug and play option for this seing it's mostly freeware but that would be to easy maybe they are waiting to release a new scanner?

Bumping an old thread here and just did this mod myself and it worked good. The discriminator output is labeled DISC_OUT. I got a couple photos of the discriminator tap point on the BCD996P2. For the ground, I just loosened one of the ground screws along the outer edge of the board (with the white double-line arrow), tucked the ground wire lead under it, and fastened the screw without soldering. 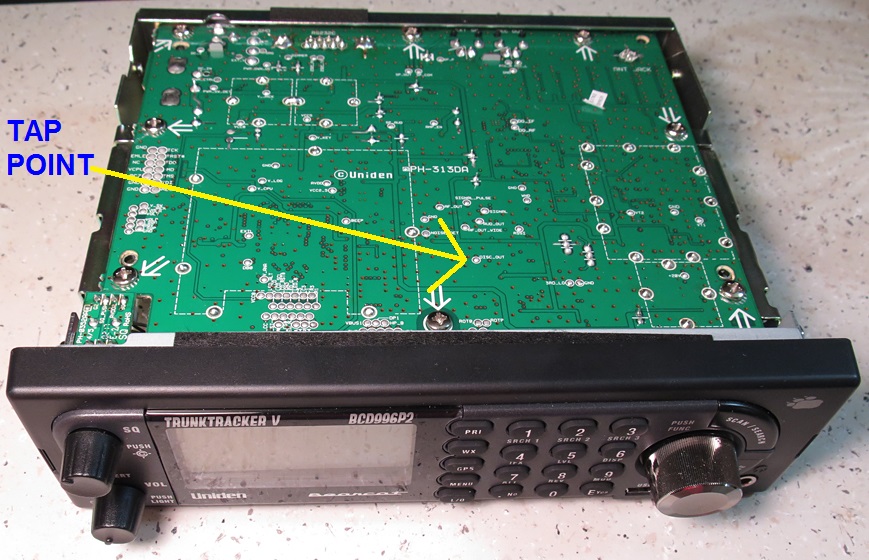 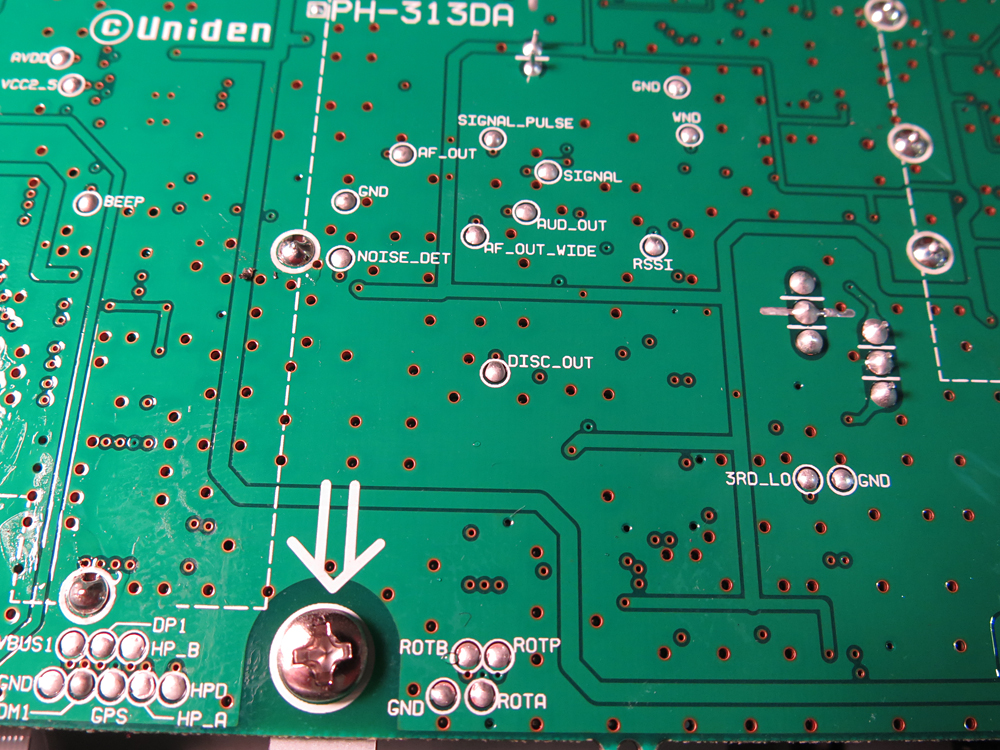