Combining audio from 3 RF Decks to one speaker.

I have 3 NX RF decks installed with 3 extension speakers. I would like to sum the audio into 1 speaker from the 3.5 audio jack on each deck.
P

There are a bunch of ways you can do this; passive combining, using resisters or transformers, or some sort of Active combining with a small audio 'mixer' (which would require probably DC power).

I don't know the technical level you're at; I don't want to assume how much you know, so if i go over your head or too far under, apologies.

There are several threads here on RR about this; here are some, in no particular order:

Multiple Scanners on a single speaker?

I have four scanners currently in my truck and only one of them is attached to an amplified speaker (Uniden BC23A). I'm trying to get the other three on the speaker as well but I'm not sure if it will handle the load or even how I can do it. I'm also considering swapping it out with a Motorola...

Multiple radios and one pair of headphones/speakers

I know this topic has been discussed a few times in the past but I'm still a little unclear on how to achieve this. I have a CB radio, an Alinco DR-135, and a Radioshack Pro-2050 that I'd like to hook up to the same speaker or pair of headphones. I also have a Radioshack SSM-1200 mixer...

look at post #17 on this thread, it may explain it

Hey all, Has anyone seen any products that will allow me to mix multiple radios audio to 1 master volume or mute switch, and/or run multiple radios to 1 or 2 speakers? Jason

There's a real simple passive system in post #22 on this thread:

I can do the same thing for $250 less with a $100 Behringer mixer board and some Royal DB25 PADS into the unbalanced mic inputs. In fact I do. 12 separate channels (radios) with full dynamic range control, output into amplified stereo speakers. Look at some of the pro audio gear out there...

And there's this at Instructables: 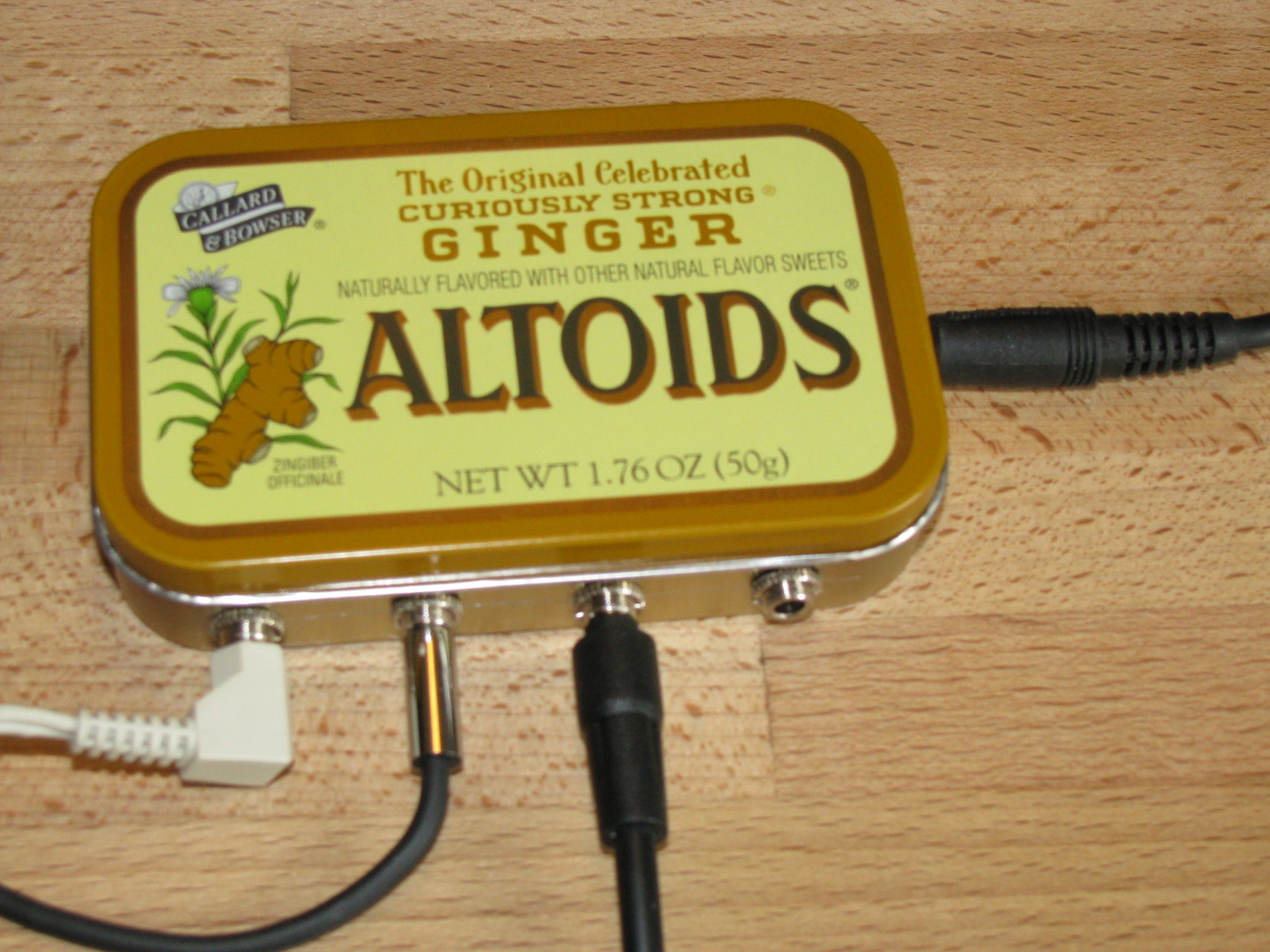 Altoids Tin 1/8" Stereo Mixer: My car stereo has only one 'Aux' input, but I have several gadgets that I like to hear on a trip without swapping cables: MP3 Player, talking GPS, Blackberry, XM player, Kindle, etc. I couldn't find a commercial solution, so I came up with this litt…

www.instructables.com
(this is the bare essence of a 'passive' mixer; a bunch of input jacks for the radios, resistor networks to glom (technical term, there) them all together without the output of one radio affecting the output of any other radio, which is what you would get if you tied your speaker feed from each radio to a common point and then tried to run it to a single speaker. It could be very bad, like crossing the streams bad. )

So, in the words that everyone hates to hear when they want a simple solution: "It depends (on what you want, and what you can afford both money and timewise)"