Someone was explaining it to me but I don't exactly see how to get it. Do I have to install some hack to the radio firmware?

It apparently might require a modified firmware. On the example I saw they had a Set Talkgroup under Utilities. I only have 3 options and not Set Talkgroup. So, I'm assuming I need to install some set of tools but can't find specific, detailed information. I do see that there are more than one version of the radio, lots of different tools, and if I use the wrong tool, I might brick by radion. Almost did that earlier but managed to reflash it back to the original.

What I'm trying to accomplish is to be able to communicate on a TalkGroup, without interruptions by a received talk group on another channel. But at other times I want to hear those conversatinos. And I need a way to get to the others quickly.

I had been using RX Groups, but that's very labor intensive, and doesn't always do a good job. Works ok for small lists.

What I have been doing is creating an RX Group list, with all but the most busy. Then, I can just dial my radio to a specific talk group and key the radio. I'll be on that Group, and if another channel becomes active I hear that. But I need to be careful, because if I key up at the wrong time, I'm on that other channel. I want to avoid that. So, someone suggested "promiscuous mode"

It's possible on my radio but I don't know if I have to install something. Is there a clear explanation on what's required to get this on my radio? OR is there a better way of doing what I want?

Close, it's firmware from someone other than the manufacturer.

Here are places to start 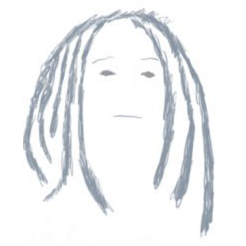 I did not look to see if UV380 was specifically supported.

The way promiscuous mode works - you basically receive whatever the repeater is broadcasting regardless of talk group or radio id. Basically, a radio treats a talkgroup or private id like a PL or DCS code opening your squelch - and promiscuous mode simply ignores this filtering.

Of course- when you key, you'll still be using the default talkgroup or radioid set for the channel you have selected on your radio.

On my Anytone, promiscuous mode is called Digi Monitor - and it can listen to either one or both slots. And it's real easy to change the default talkgroup (for TX) from the keypad - so if I hear something and I want to jump in, I can quickly change from the keypad.

The UV-380 with GPS needs the uv-390 firmware for GPS and contact files.

Hit_Factor said:
Close, it's firmware from someone other than the manufacturer.

Here are places to start

I did not look to see if UV380 was specifically supported.
Click to expand...

As per was stated, the MD-380 tools doesn't work with the MD-UV380 radio. The UV380 does have the same firmware features as the MD-2017, which I have. As stated, there is an option to turn off the TG filter match for either group or private TGs. The default setting is for TG filtering to yes or the TG has to match for the TG to be recognized. With the filter tuned off, any TG will come through providing the TS and CC match what is programed in the radio.

I have multiple static TG's programmed into my HS, both single and duplex. On the duplex HS,. It requires 2 channels to here either TS to monitor both TS's. Although this not a true promiscuous mode, it works similar, minus the TS / CC detection.

There are other radios or alt firmwares that have true promiscuous modes.

I hope this explains the difference between TG filtering and true promiscuous mode.