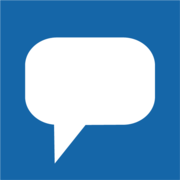 
"The issue arose after the RCMP K-Division made the switch to the AFRRCS system, with the local detachments adopting the radios at the end of June. With the switch, K-Division opted to encrypt their channels for security."

“AFRRCS, the whole purpose of it was to enhance communications, and unfortunately what’s happening is different agencies are creating their own silos.”
Last edited by a moderator: Aug 10, 2019
R

I'll bring it up again, when did scanning police put them in danger? What examples as article states that public scanning put officers in danger. Can someone point us to times when this occurred?
K

There have been numerous drug busts in northern Alberta where scanners have been seized.

The media playing Cst Styles dying words for the world to hear is a good enough reason in my books to encrypt.
R

Either way, the publishing of the audio of Cst. Styles is more than enough justification to fully encrypt.

Seizing of scanners when making drug busts is also reason enough to encrypt.

Do I like that they are encrypting? Nope. But the reality is what it is.
R

Not to mention all of people’s private information being broadcast when warrant or DL checks were done on the radio. Their decision to encrypt will not change. Only possiblity is allowing more agencies access as was done with traffic Sheriffs.
M

The privacy thing is big. I'm all for privacy, even if it means locking out my hobby. That said, how big of a concern was this in 1985 or 1995 even? It's fair to say "social media" (including this forum) is/are responsible for propagating sensitive information to the masses, which was not a concern before. People just can't help themselves when it comes to posting stuff online, which shouldn't be shared with the masses.

Another issue is text which gets posted on this forum (and the RR database) comes up on Google searches for the rest of time -- even if that information is deleted after being posted. Everyone is a stalker these days. No privacy. And way too many people are beyond stupid, and believe everything on the internet -- assuming it's true without researching the facts.

Encryption stops stalkers and the legally stupid dead in their tracks. If it came down to continuing our hobby as-is, or abandoning encryption capability, I would choose the modern, robust encryption capabilities we are afforded, as that's the only way privacy can be controlled. It's easy to feel otherwise, up until the point where you're the one on the receiving end of a privacy concern.
B

robertmac said:
I'll bring it up again, when did scanning police put them in danger? What examples as article states that public scanning put officers in danger. Can someone point us to times when this occurred?
Click to expand...

I recall a cop being shot in B.C. about 20 years ago during a drug raid. The perps heard the cops coming on their scanner, and ambushed them.
M

beeperboy said:
I recall a cop being shot in B.C. about 20 years ago during a drug raid. The perps heard the cops coming on their scanner, and ambushed them.
Click to expand...

That sounds a lot like this story: Mayerthorpe tragedy - Wikipedia

In the "Search of Roszko's property" paragraph it says that the perpetrator was tuned to Whitecourt RCMP detachment on his scanner.
B

mciupa said:
That sounds a lot like this story: Mayerthorpe tragedy - Wikipedia

In the "Search of Roszko's property" paragraph it says that the perpetrator was tuned to Whitecourt RCMP detachment on his scanner.
Click to expand...

No, it was a grow op in BC somewhere. I searched the web, but came up empty.

I submit for your consideration that the article isn't necessarily about not encrypting, but rather sharing the comms between agencies. CPOs and bylaw outfits throughout the province are complaining about not being able to communicate as easily with the RCMP as they did pre-AFRRCS. I'm in the same boat. My local detachment for the past several commanders has actively encouraged my FD to get on their PACS channel and talk with them if we are on a job with them (or on a job we think they should be involved in). Listening to that PACS channel, that procedure/expectation was clearly shared with all the other fire agencies (and EMS agencies, when they had VHF capabilities) in the detachment area as well. Comms between fire agencies and RCMP made significant differences in some calls. That's all gone now. The RCMP radios don't scan and the officers don't monitor the common event talkgroup on a regular basis, so if you want to get hold of the RCMP, it's not as easy as it was in the past. What the other peace officers/bylaw officers are complaining about is a different tier of the argument altogether. A lot of these guys are out and doing things like traffic enforcement in their towns. Up until AFRRCS came along, they were on the PACS channel with the Mounties (or had access to it), and could know when problems were happening i.e. pursuits, BOLOs, etc. Now, since RCMP are not involving other policing agencies in their comms, CPOs are worried that they're going to blunder into something dangerous that they would've known about in the past. I have heard this directly from active law enforcement officers.

I believe that CPOs and etc would be happy to have some kind of coordinated shared communications between them and RCMP, that would be more reliable than calling out on the CETs and hoping that someone might be listening. The article isn't about letting random members of the public listen in to RCMP comms, it's about other law enforcement agencies being able to interact with the RCMP when they need to.
R

Well guess I always have Bodycam to watch.