Hello all and thanks for reading.

I would like the forum readers input on the best performing handheld antennas that fit the XTS3000/MTSX
series of radios. It is my understanding xts3000 and mtsx radios use the same antennas. Bands of interest are VHF (145-160mhz) and UHF (443-470). Essentially I need the VHF to cover 2m ham, MURS and marine. I need the UHF to cover 70cm FM and GMRS. I would like no longer than 8 inches.

For VHF, in the past I have used the motorola dipole 8505518V01. I was satisfied and am leaning to this. Anything better?

For UHF, I see a variety of options, but wonder if something will provide better reception in my band of interest. I don't live in a major metropolis, so I don't need UHF-T band coverage. I believe my uhf radio (hamfest bargain) came with one of those wideband 5 inch antennas, which I find performs quite poorly compared to the stock vhf/uhf antenna off of a wouxun. That is for UHF 5 inch OEM poor, wouxun antenna on the moto's worked great, but it does look funny, hence I don't like.

I have both a VHF and a UHF (R split) XTS3000 set of portables. Here is what has worked best for me: 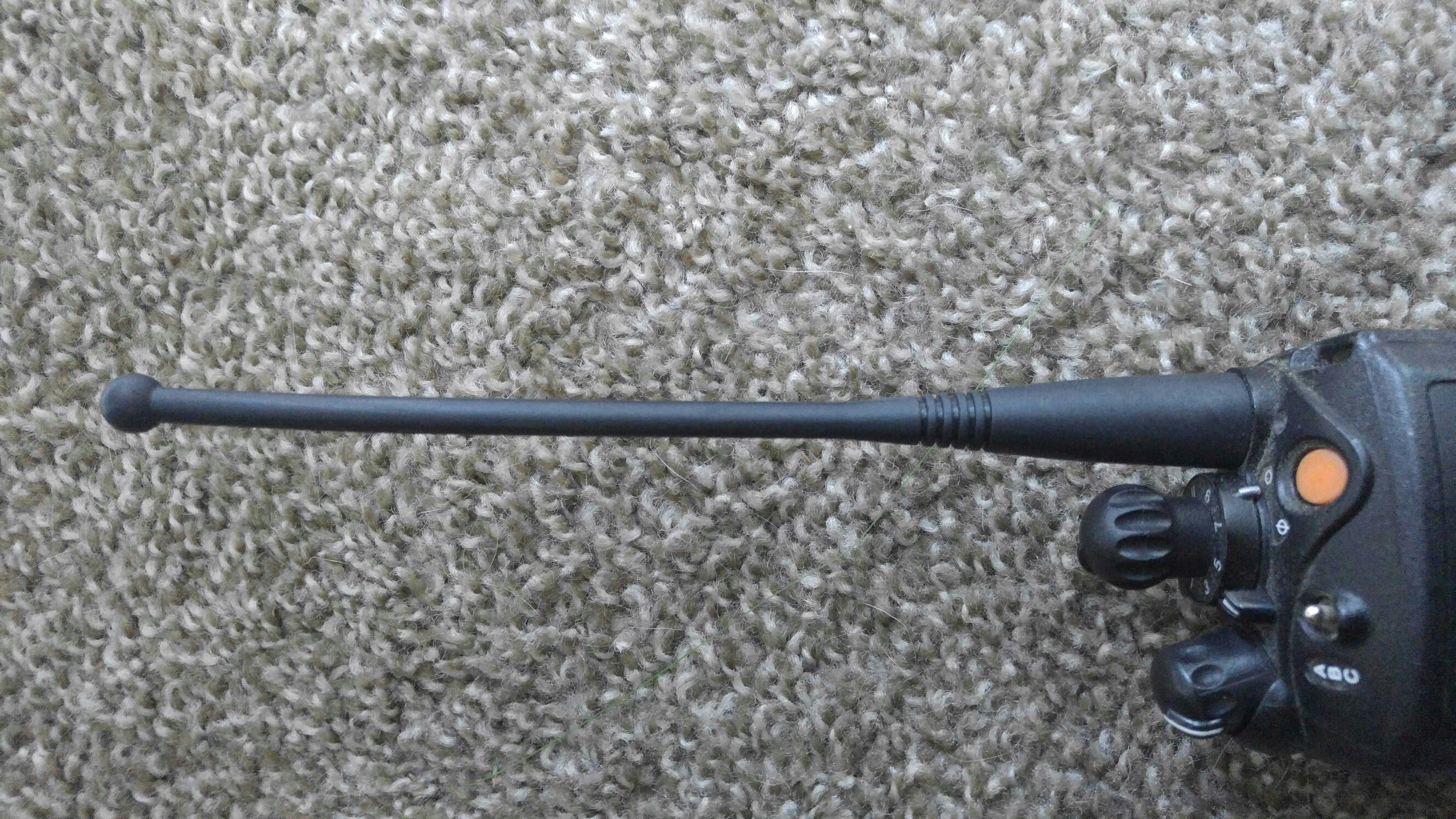 It's a Motorola OEM antenna, actually.