LET THIS BE A WARNING - Feed Provider Terms of Service Violations

Everyone knows what's been going on in Kenosha WI over the past week. I was contacted by Kenosha and the State of Wisconsin this week about this feed broadcasting TAC and Talk channels - sure enough the feed provider was doing so. His response to this "I've always been doing this, I don't know what the problem is" 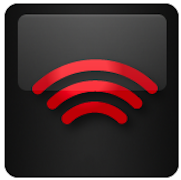 So, his feed was terminated. He's also forfeited any incentives that he earned this week (probably a nice Scanner Master gift certificate)

Folks, as feed providers, each and every one of you checked the boxes saying you were going to adhere to our Terms of Service. If you can't do it, take down your feed. If you willfully violate our terms of service, we will terminate your feed with no warning. We also sent emails to ALL feed providers earlier in the year expressing that it is imperative that feed providers not "do their own thing" and broadcast whatever they want.

You guys need to govern yourselves accordingly. I've had to terminate numerous feeds this summer because we STILL have providers who just feel like the rules don't apply to them.