Yesterday I came across an interesting article in The Manichi , a Japanese technical news publication-- which I‘ll summarize:
.
…….There was a news release earlier this week by the North Korean News Agency (NKNA) of ….“a technological break through that may be of interest to radio enthusiasts world wide.”
.
North Korean scientists announced that they have perfected the technique of extracting usable electrical power from radio signals radiated by transmitters world wide. Engineers at the Yongbyon Scientific Research Center have released limited details of a process called “Coeration” that “utilizes very high efficiency circuits to extract useful energy from radio frequencies.” This energy is currently being used to power the small town of Nangnim, in the northern province of Changan-Do on an intermittent testing basis. They are now producing only a thousand kilowatts, but the North Korean scientists report they are “embarking on the full scale production of larger facilities that will soon power entire cities.”
.
Sensitive to international repercussions that could results from the disruption of radio transmissions world wide, the North Koreans have stated they will limit the bands of frequencies only to those used “for frivolous purposes,” the NKNA report continued.
.
“The People of the Democratic People’s Republic of Korea do not authorize or condone the use of hobby recreation radios. We therefore will limit, for the immediate future, only the extraction of energy from the world hobby class radio bands in the 3-4, 7 and 14 MegaHertz segments.”
.
Both the Korean Amateur Radio League (KARL) and the Japan Amateur Radio League (JARL) last week reported markedly reduced signal strengths in the 14Mhz band, occurring during periods coinciding with the North Korean tests. So far no countries have lodged any formal complaints. The potential for detrimental effects are yet to be determined, and the story is ongoing.
.
……………CF

The amateur journalist in me always appreciates a good, well-timed hoax story.

I remember the days when Road & Track magazine still had a soul. Their April issues often carried road test articles of, shall we say, unusual vehicles. Like the Space Shuttle (acceleration was great, handling not so great, fuel economy was lousy) or the 1959 Chevy where the body had been turned around on the frame.

Explorer of the Frequency Spectrum

Thanks CF. That made my week!

Maybe they can apply the technology to a cold fusion system and light up their whole, disheveled, country.
K

I think I just found an article for the April issue of my club's newsletter...
K That does not look right. Pyongyang is a major city, and is visible in NASA photos. I think someone is having a bit of fun with Photoshop.

I think this one is more realistic: 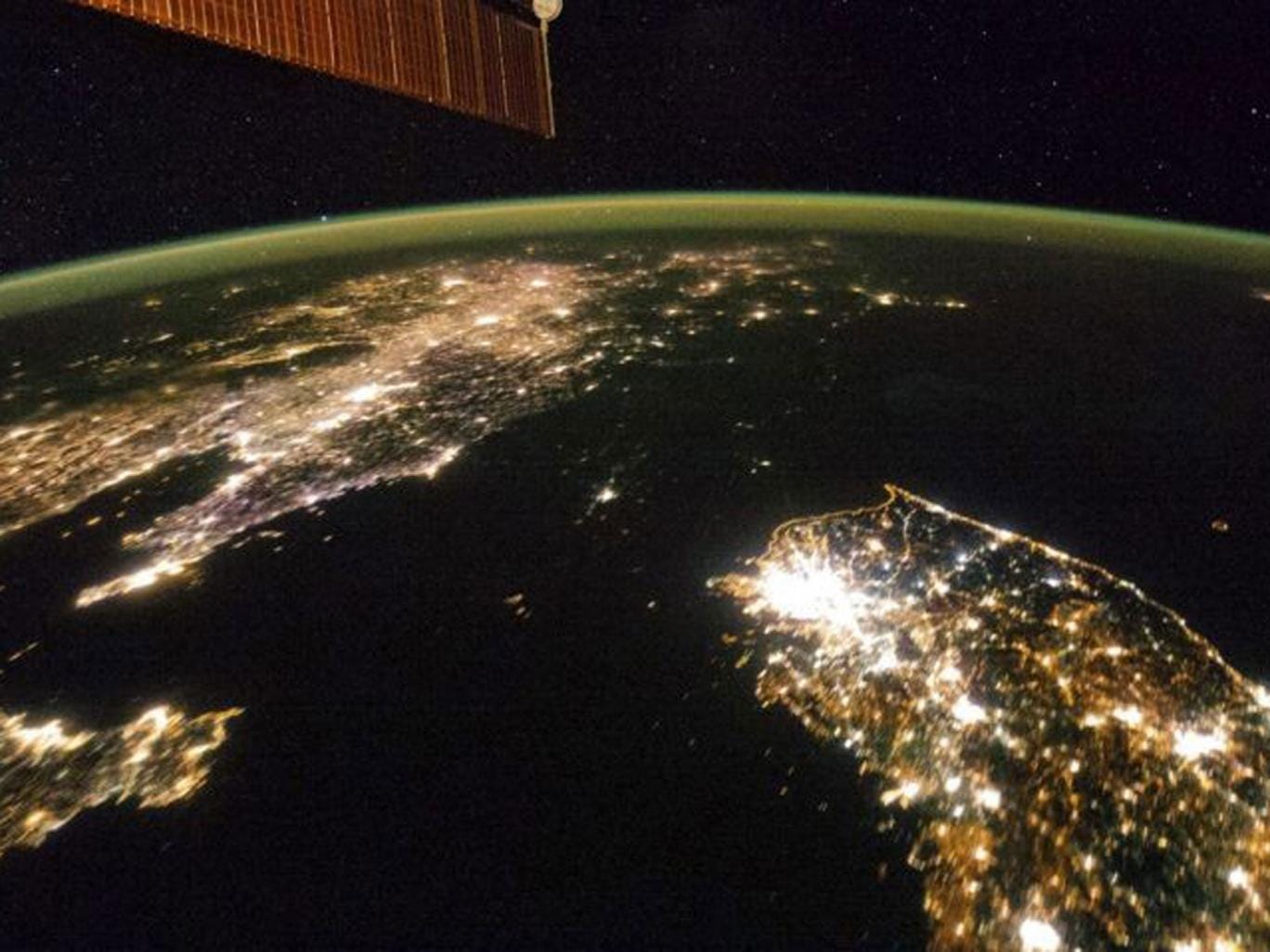 royldean said:
I think this one is more realistic:
Click to expand...

That image is very real. NK is dark, but not totally without light. I believe this is the original, unedited version of the previous image...

I think I've got some of these bits out the back of the garage.... perhaps I'll make my own "Energy Extractor" and tune it to the North Korean shortwave stations - I hated that marching music anyway...I think I have a R390 and a Collins 300G....
Last edited: Jul 2, 2017

I hope Google Translate didn't let me down.

royldean said:
I think this one is more realistic:
Click to expand...

What I find interesting in this photo is how well illuminated the border with South Korea is.

royldean said:
I think this one is more realistic:

At least Pyongyang is visible.