Out with the Shark Fin-In with the NMO

Today I finally had time to do a project I've been wanting to do for a while, this was suggested in another thread by a member here who has the same car, suggestion was to remove the shark fin antenna and install an NMO mount in its place. Car is a 2014 Subaru outback, antenna is only used for SAT radio which I do not use so this was a good fit for me.

I would still like to get one drilled in the center at some point, but I don't want to do this myself, this will require pulling the headliner and obviously drilling a hole in what is sadly really thin metal on the roof, so if something goes wrong I don't want to be the one that did it, I'm going to pay a pro to do it.

I hesitated to do this at first because I couldn't find an antenna short enough to fit my needs and allow me to pull into my garage (its really low), so instead I went with a roof rack mount, I could roll the window down and flip it down without having to get out of the car, I didn't want to have to get out of the car and remove/install the antenna every time. However when I found out about the CompactTenna that allows me to pull in and out of the garage without having to remove the antenna. Only made a trip to the grocery store today but first impressions seems that performance has improved over having the same antenna on the luggage rack mount. I know it still isn't the ideal ground plane but at least it has one now. 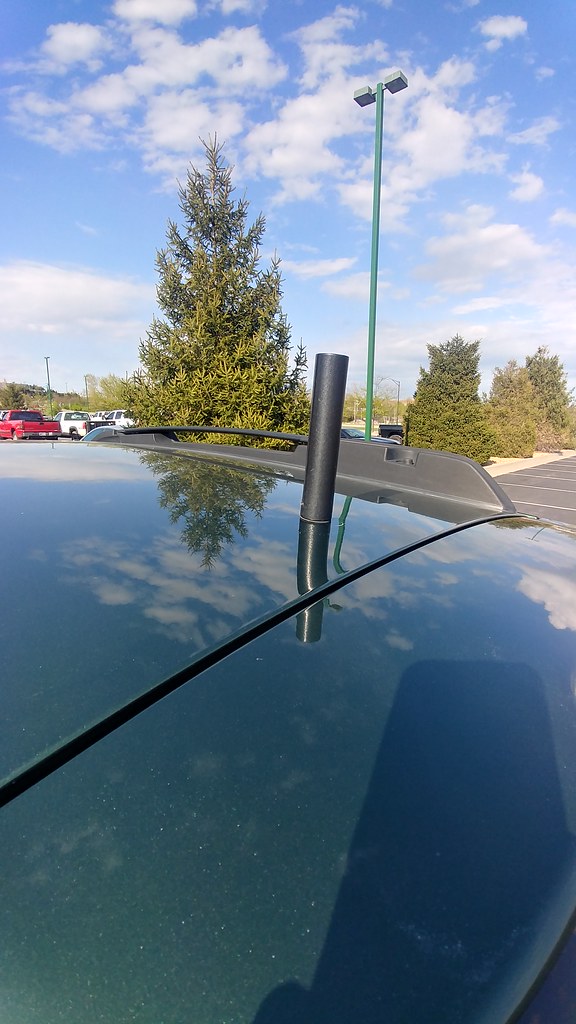