I finally got my 30-36Mhz MT1000's programmed on 10M with my blazing fast 500mhz 128mb Win98. Tried using slowdown, cache off, nope it was the issue of changing the serial port settings Input/Output range. Not too excited it only scans 8 channels but you make it work. I have a few more modern Vertex VX-510L's too for 42-54 stuff
This the best mint one I have- Interestingly has a serial number of 0000

I also have some of these. I have two in the low band, low split and these are some hot receivers in the ten meter HAM band. The one thing I noticed recently is the lack of programming cables on fleabay. I lost my cable and had to order one from HK....Hopefully here by spring. I just acquired some low band high-split units and gonna program some RX stuff for our local DOT

Ht600s tops break if you carry them by the antennas. Every one that came in the shop had the top and the antenna connector resoldered. The mt1000 is a better bet. And the battery plate cracks and causes the battery to get intermittent and loose. Other than that they were pretty tough

Location
monitoring delco pa with gre psr300 pro2053 and b

Carried a 6 channel uhf high ht600 while doing security in a section 8 apartment complex that thing was a tank saved my butt a few times during “discussions“ with residents etc. No doubt it would still work today but i have no clue where to get a battery for it if I could even find where I put it haha.
M

I love my "RSS" programmed radios. I have a pair of 2 Watt VHF P200's, a pair of 2 watt UHF HT600's and several MT1000's amongst others. I bricked a good working HT600 (rookie move) so I picked up two more just like it but there not 100%. I will however invest in fresh batteries for them as I enjoy using them especially my 99-Channel MT1000's and the ones that have MDC.

I have about a half dozen HT600s an P200s around here. I'm surprised no one mentioned what issue I've had with every one. The two knobs getting brittle and falling apart.
C

Golay said:
I have about a half dozen HT600s an P200s around here. I'm surprised no one mentioned what issue I've had with every one. The two knobs getting brittle and falling apart.
Click to expand...

Checkout my pics above, you'll notice one MT1000 has an MT500 metal knob, they fit perfectly if you can find them. Ive seen new genesis plastic knobs on ebay. Although last week I dropped my Astro Saber and destroyed the channel knob, blew in a few pieces I'll have to look for some new aftermarket knobs that are for astro, most are only for saber/systems. If I had a 3D printer it'll be no problem

Is there a source for replacement knobs? I just bought an HT600 that will need new ones.

K9RPL said:
Is there a source for replacement knobs? I just bought an HT600 that will need new ones.
Click to expand... 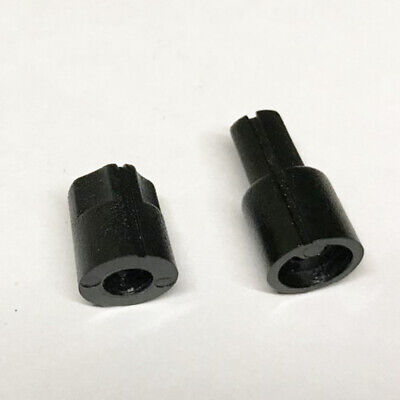 I didn't see the reply about metal knobs before I told you about the Ebay ones.

Location
Near the Biggest Little City

Still have 4-5 of them for ham & GMRS use. Anything my kids/grandkids can't break has to be very well-made...
K

You can make that 8-Channel MT1000 into a 16-Channel very easily. That's what I did with mine. Also I'm interested in the VHF-Lo Genesis Series Radios but there always expensive on ebay and I can't seem to figure out why. Fellow hams have said there not very efficient on 6-Meter or 10-Meter anyways.

The P200 LB and MT1000 are really the same thing. They work OK on 6M, but of course the heliflex antenna is REALLY short compared to the wavelength, so they are not very efficient. They have a very good receiver, so even with the heliflex, they hear
pretty well, but again, the TX is kinda limited.
Cutting the antenna to be best resonant on 6M makes the transmitter "happy" and has a huge effect on transmit power/range.
The worst problem is that many of the VCO's won't go up high into the 6M band without component changes. Most go to 52.525 in my experience. But not much higher.
About a third of the ones I have had (couple dozen or so) would not RX at 52.8 due to VCO limitation.
I have done the VCO mods, and they are a real pain.
Easier to just get other radios, and keep the ones that lock high in the band and resell the ones that won't lock high in 6M to people that want to monitor the CHP or use them in part 90 47 mhz and up.

Forgot to ask, SPDFILE1, what all did you do to change the 8 ch to 16? I know about moving the ch selector "stop", but only have done that on HT600's to go from 2 to 6 ch. What may you have done with RSS to go up to 16? Off the top of my head, I know that P200LB RSS allows the change of model number on a radio. I have never had a need to try that. But I have some 8 ch radios that I might want to make into 16. Something to mess with while things are slow.

In order to convert the radio from 8 to 16 channels, do the following:


P.S. Remember to clip the stop on the channel knob to allow access to the rest of the channels.

An alternative method that is supposed to work is:


Program the 16 channels into RSS and dump them into the radio. Clip the knob and you should be done.


Yet another method that is supposed to work is: