I would not post to start an argument on encryption. I post a link to a news article on legislative session itinerary.

Rep. Leslie Herod (D) is in favor of transparency and proper accurate journalism.
YouTube- Next with Jeremy Jojola

lazierfan said:
I would not post to start an argument on encryption. I post a link to a news article on legislative session itinerary.

Rep. Leslie Herod (D) is in favor of transparency and proper accurate journalism.
YouTube- Next with Jeremy Jojola
Click to expand...

I Appreciate the posting
I

Thanks for posting also. Shows that a lot of us radio monitors are concerned about the current trend of big E. Here along the front range of Colorado. It time for the media to take a stance also.

Another instance is I was in another city, which is a suburb, covering looting, there were probably 10-15 business that got looted in a looting convoy and I was unable to hear the police get dispatched to cover it. I had no clue any of that was happening until someone reached out with a news tip and I was able to go put eyes on it myself, AFTER police were gone. This particular city also has had a large number of shootings, stabbings and homicides over the past year that the media has not been able to cover in real time at the scene, instead, they just send out a press release the next day and we're forced to run a stock photo. There's no telling how many things such as surges in crimes like burglaries or robberies or other violent crime go unreported these days as we are only told about what they want us to know about. Very sad to see government locking the press and citizens out of knowing what is happening in our own communities. Sure, like this reported said, they will give the big "legitimate" news stations and newspapers radios, ON THEIR TERMS and requiring very expensive equipment marked with a large "M" or a large "H" and payment to program (I have heard programming here costs around $1000), but what about the small independent citizen journalists or smaller news agencies who also have a right to be able to freely and accurately cover what is going on?

I'm not trying to open up a debate about the big "E" topic, this is just me weighing in as someone who is effected and frustrated by this. Glad to see this topic is being talked about by a station who has nationwide affiliates. Hopefully this will gain traction across the country to allow journalists to fairly and accurately report the news again, while there is still a scene. Being able to see the scene for yourself and ask questions to authority is a BIG piece of transparency that is beginning to be left out more and more often, also it helps retain the attention of those reading the news to have photo or video of the scene to visualize what happened.
Last edited: Aug 8, 2020
T

chaseboyer said:
it made it very difficult to accurately and safely report what was happening and I felt it did jeopardize my safety
Click to expand...

The way "journalist" portray themselves is that they are on the "front lines" to bring the news and facts to the public.

If the only way you can do your job is to sit in your office and listen to a police radio or, which is more common these days, re-type press releases as "news," because to do otherwise will "jeopardize" your safety, maybe it's time to seek out another occupation.

As far as that YouTube video goes: the guy is complaining that, because the radio was encrypted, his "story" wasn't handed to him on a silver platter. He didn't have to go to the scene, talk to other people, telephone the police for more info, etc. Jeeze, that's terrible!: a "journalist" being forced to seek out more information, on his own, to report news!

I guess maybe Dan Rather and that crew should have stayed in their hotel rooms in Saigon and monitored military radios: 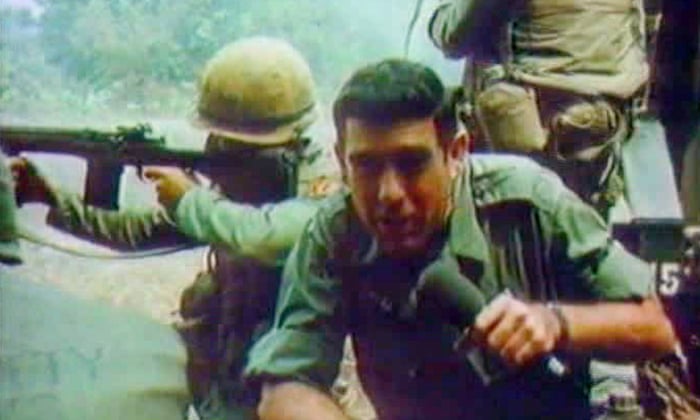 ....or John Evens of NBC during the Chicago Democrat Convention Riots in Chicago.....: 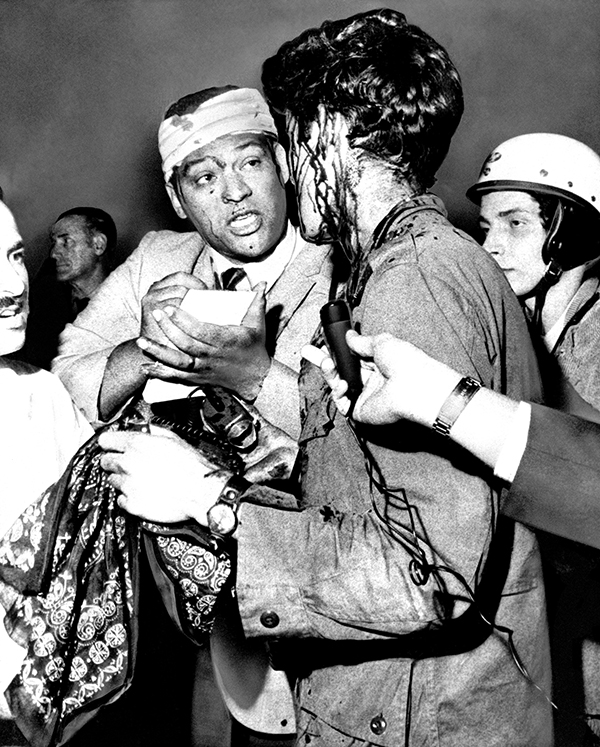