I am trying to program a TK 2180 with a PTT ID. When I try to write to the radio I get the message window below. The various PTT ID items are unchecked. Any suggestions? 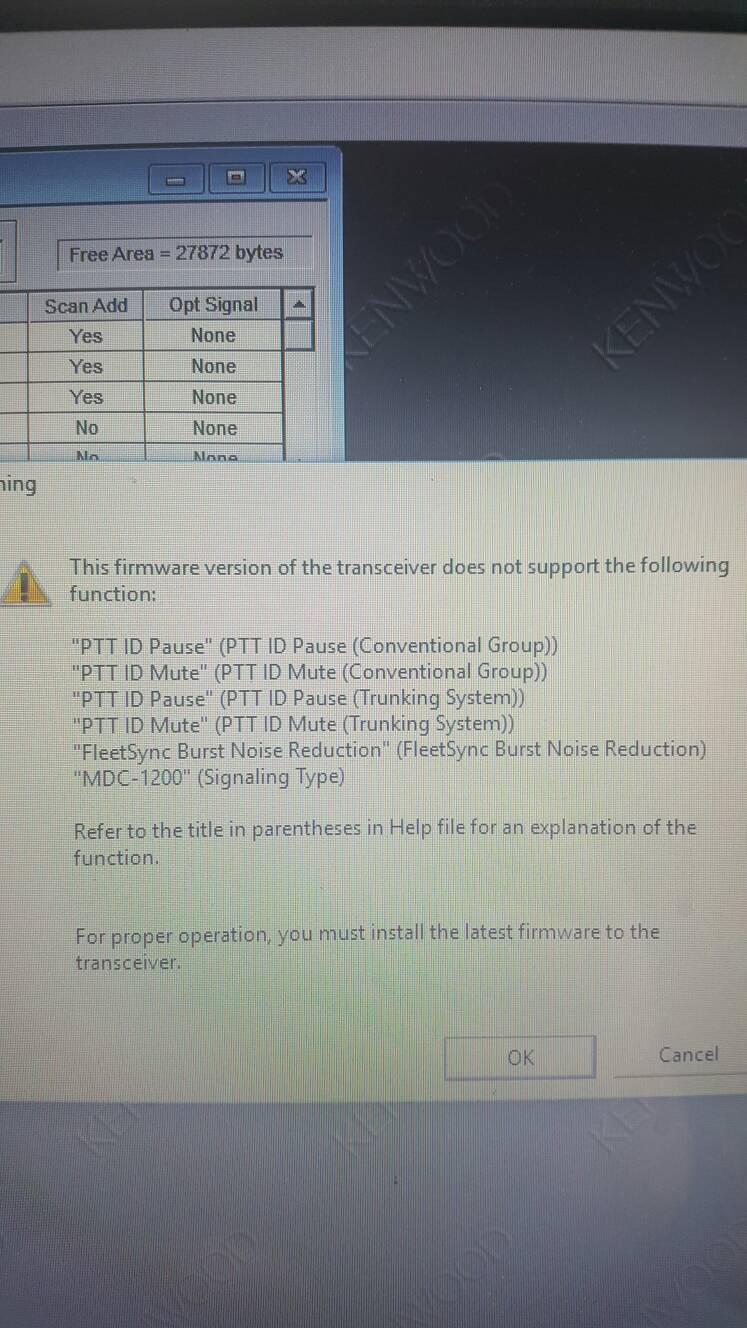 Straight forward. If you want to use any of the functions listed in the error message, you need newer firmware than you currently have in the radio.
R

Is firmware updating done via the programming software? I did see a check box for programming firmware but it didn't seem to update anything

Sent from my SM-G920V using Tapatalk

On the CD that you purchased from the Kenwood dealer, there is a .exe file called FPRO. That's the software that does the firmware updates.

The check box on the KPG programming software is to allow/disallow firmware updating. You'll need to make sure that box is checked and written to the radio.

You'll also need the firmware file. You can get this from your Kenwood dealer.

Put the firmware file on your computer. It'll be zipped, so you'll need to un-zip it.
Open the FPRO program and point it at the unzipped firmware file.
Point the FPRO program at the comm port your radio is connected to.
Put the radio in firmware programming mode (Hold the "S" button and power the radio on)
Write the new firmware to your radio.
When it's complete, the display will show the checksum. Make sure it matches what the FPRO says.
Turn the radio off and then back on again.

Word of caution:
Updating firmware and using newer software may force you into narrow band on frequencies above 150.1MHz. Not an issue if you are using this radio legally on LMR frequencies where narrow band is required. Where it can be an issue is on the frequencies that were not required to narrow band: Marine VHF, some paging frequencies, etc...
Below 150.1MHz, it'll still do wide band.
K

You can also just ignore the error and push the programming. The radio will work fine, you just don't have those functions (Which you likely aren't using anyway).
R

Thanks for all the info

Sent from my SM-G920V using Tapatalk