Tracking CalFire and other tankers?

I was hopeful to see some response from the larger fire fighting aircraft. Looks like they are out of MCC.

Here is a link to check up on their activity: Check out the departures box. 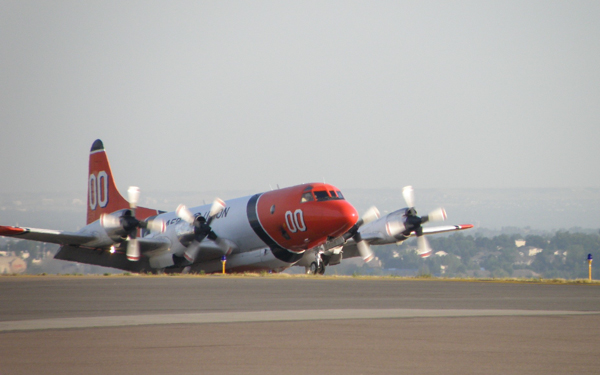 Made me wonder where the other fire bases may be. Found this: Another nearby base is Paso Robles. Unknown type from flightaware, but photo looks like S-2 Tracker: Anything with a DF is registered to USDA Forest Service.

If it bleeds it leads... As I'm sure you know, Hollister is one of their bases. Been a lot of traffic in/out of there. My parents live in Gilroy and have been watching the fire east of Morgan Hill carefully. They are on the far west side of Gilroy and near the open space, so are not totally at ease.

Haven't seen a whole lot of tanker traffic into the CZU fire, but there's some. Not as much as the other fires.

I was in Scotts Valley quite a bit over the last week, and could hear a lot of helicopters, but not all of them were showing up on ADS. Not sure if it was military or guys not having their transponders on.

Some air traffic (non-CalFire) has been using Watsonville.
M

Some fire aircraft links on this page.

Thanks everyone. Was also looking around here:

Official airport website of Norman Y. Mineta San Jose International Airport, located in the heart of Silicon Valley in San Jose, California. Designed to provide the information you need quickly and easily. From flight schedules and airport maps to on-site services, we hope to make your travels...

Been interesting to playback at faster speeds and see whos been hovering in the area. I found another interesting aircraft, N605PG: I guess PG&E is looking around to see what needs fixing. And they don't want their flight plans showing up on FlightAware.
K

Ok, last one for now. Looks like the 747 has been going out to play. Kudos to these aircrews. They have logged a lot of hours. I think this might be helpful for some. I've forgotten where I picked this up and haven't seen a 2020 version yet.

b52hbuff said:
I guess PG&E is looking around to see what needs fixing. And they don't want their flight plans showing up on FlightAware.
Click to expand...

They show up. They were working on the lines down outside of Coalinga a few weeks ago and I was able to open up Flight Aware and see them moving around. It was the craziest thing to watch. They would hover with a cable hanging below, grab a worker off the ground and fly (with the worker hanging off the cable) and place them on a tower. I wish I could watch it all day.

With hazard pay, were they able to retire that day, or did they need to work a full weekend?

JeffDS3 said:
It was the craziest thing to watch. They would hover with a cable hanging below, grab a worker off the ground and fly (with the worker hanging off the cable) and place them on a tower.
Click to expand...

A fire (Comstock) just popped up in Fresno county almost two hours ago. Ground crews and seven aircraft were working it, with three flying in from north, SSW and south. Fresno has various tankers and a helicopter on the tarmac each day. While my own ADS-B setup handles coverage, the ADSB Exchange site does well too, as someone nearby must be feeding them.

wildcat has some info about helos / helitankers

To find where the airtankers are located, you might look at the North Zone or South Zone websites - sometimes there is airtanker info in the Morning Reports or daily lineups - they seem to be secretive about the info

es93546 said:
I think this might be helpful for some. I've forgotten where I picked this up and haven't seen a 2020 version yet.
Click to expand...

I have a national list of air tanker bases and thought I attached it in my last post. I'll try it again. Oh crap, it got his by the "the uploaded file is too large for the server to process. I'm going to attempt attaching this one. Note that not every tanker base has an airtanker assigned there for all of, or part of a fire season according to the national airtanker contract. Example, Bishop has a retardant reload base and tankers are only kept there when they are going to work a fire in the eastern Sierra the next day and/or kept working a fire up until "Pumpkin Time," which is the cutoff for aircraft operations on a fire that is based on sunrise/sunset times for a location. If they run out of time, they have to land locally instead of returning to their base airport.

The other document listed those air tanker bases that are for reload only and provides additional detail about what size of aircraft can operate there. The national air tanker contract list is too sensitive to post, it has unlisted phone numbers on it.