If anyone needs any scanner files(PDF,Firmware,Files,Photos, Old helpful scanner emails, etc) from any yahoogroups. Go save them soon.

Yahoo Groups will no longer allow users to upload content - Understand what's changing in Yahoo Groups, when the changes happen, and how to keep your important content.

Yahoo has made the decision to no longer allow users to upload content to the Yahoo Groups site.
Beginning October 21, you won't be able to upload any more content to the site, and as of December 14 all previously posted content on the site will be permanently removed.
You'll have until that date to save anything you've uploaded.

What will happen to the site?
The Yahoo Groups site will continue to exist, however, all public groups will be made private or restricted.
Any new group members will need to request an invite or be invited by an admin. Admins will still be able to manage various group settings, though some functionality will be limited.

More details on this page...
* What will happen on October 21st?
* How can I keep my Yahoo Groups content?
* Will I be able to use Yahoo Groups going forward?

Yahoo Groups will no longer allow users to upload content to the site. Find out what will happen when this occurs, and how you can keep important files or photos.
help.yahoo.com

Other sites that's available to use:

A group to discuss the Groups.io service and how it can be improved during our beta period. The Groups.io bug and TODO list can be viewed on Trello ( https://trello.com/b/qu3WgzVq/beta ). Please submit bug reports to support @ groups.io. For general Groups.io questions, please see the groups... 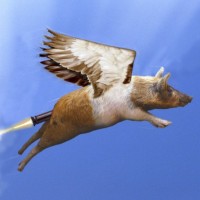 I’m not one to live in the past (well, except maybe for A-Team re-runs), but for many years now, I’ve felt like I’ve had unfinished business. I started the service ONElist in 1998…

It’s been almost six months since I launched Groups.io and four months since I’ve talked about it here on the blog, so I figured it was time for an update. I’ve been heads down wo…

Saw a bump in transfers from Yahoo Groups to @groupsio today.
Turns out Yahoo is shutting down most aspects of Groups.

I will bet a lot of groups will move to groups.io or Google. This action by Yahoo has been a long time coming. Fortunately I don't belong to many Yahoo groups anymore....Mike
K

Just a reminder - as of 14 December, Yahoo groups will no longer host any files, photos, etc. on their Yahoo groups reflectors. Expect them to be gone after this date. So if you want something out of a group's files area, do it NOW.

Remember Yahoo groups is NOT going away - but any valuable files, etc. stored there are. Go get 'em while you can...Mike
M

Notice Reminder: Only few weeks left to grab your files from the YahooGroups.
M

In recent weeks, Yahoo Groups communicated the latest changes to Yahoo Groups and explained how to request a download of any content you’ve previously posted to the platform. Some Groups users asked us for more time, and in response to these requests, we have decided to extend the deadline. Groups users now have until Friday, January 31, 2020 at 11:59pm PST to submit a request for their data.

We have now taken down all user content from the Yahoo Groups website. However, we will continue to accept users’ requests for their data until January 31, 2020, and will ensure these have been fulfilled prior to deleting the data.

For additional support, users can email YahooGroupsEscalations@verizonmedia.com and our team will troubleshoot any issues.