As of today the microwave dishes are going up on the Station 1 Tower, soon the P25 Radio System will be coming into play replacing the EDACS system and enabling full encryption.

Just an update, not here to start a debate

Update Part 2: It appears that the EDACS will Simulcat over the the P25 system. Interop channels will be installed for 800, UHF, and VHF frequencies for surrounding county interop. The following will be utilizing the system. The following department for Georgetown: Police, Fire, EMS, Roads. Scott County: Sheriff, Fire, EMS, Corner, Roads. Other Departments: Emergency Management, Detention Center. Unsure as of the first department to utilize them system, reports saying Emergency Managment/Homeland Security. TMMK's old EDCAS system had patches with Georgetowns EDACS. Since TMMK has upgraded to a MotoTRBO system, it is assumed by me that they might have a channel patch as well on this new system. Towers are still being worked on.

Update Part 3: Fire Remains on their NXDN Conv VHF Frequencies, Law Enforcement will be the priority on the list to receive radios and begin using the system. The FCC has licensed the new towers, Simulcast will be apparent as this is going to be 6 sites. Public works will be more than likely to be the last to receive their radios for the system. Also scanning their frequencies for a switch to NXDN since their licenses show emissions for NXDN, and they have NXDN capable radios in their hands.

I assume they have not or at least you have not heard any testing over the new system to confirm encryption as of yet? I heard that as recently as November there was a heat discussion of the encryption at a city level with council members disagreeing on full encryption. (this is unconfirmed just a rumor)

The sites are up but the system is not turned on. I have information on the system but cant say until it's on. What I can say is that it wont be on until the end of January. I'm still talking with local officials and I'll check the minutes and meeting logs and see if that's the case.

The details that I know is that this will be a 700/800 mhz trunked P25 Phase II system. This system will provide radio coverage to city and county agencies including local law enforcement, fire and EMS, public works, and governmental administration offices.

As of 1/28/2019 @ 22:00 the Georgetown/Scott Countywide Public Safety Communications System (CPSCS) went live and the old EDACS went offline for good. All agencies on EDACS moved to the P25 system & County/City fire will be joining the system soon.

So it appears that E-911 center is simulcasting fire & ems when they both have a call at the same time. Like they did with EDACS except this time it creates different patch channels and links. Fire should be joining the P25 system soon and will be unencrypted.

Remington12G said:
So it appears that E-911 center is simulcasting fire & ems when they both have a call at the same time. Like they did with EDACS except this time it creates different patch channels and links. Fire should be joining the P25 system soon and will be unencrypted.
Click to expand...

I wouldn't be so sure about that, have you been listening to the Fire, it appears to have some form of encryption going on currently and is completely unintelligible.

SenorMoofer said:
I wouldn't be so sure about that, have you been listening to the Fire, it appears to have some form of encryption going on currently and is completely unintelligible.
Click to expand...

I'm sitting in front of my NXDN Scanner and have heard fire clear all day. Maybe it's the feed provider and his system also could be getting interference from the new system. After all, 5 sites out of 6 are up and running
Last edited: Jan 30, 2020 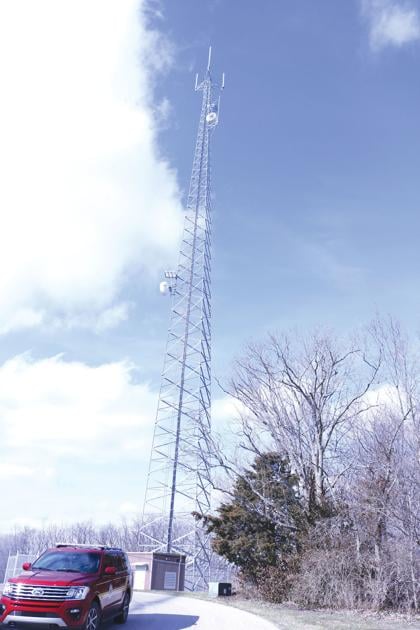 Well, if that could be filled with more misrepresentations of the truth and flat lies it would be a challenge. You know they want encryption that's fine just say we don't want you listening but flat lying to the public about the fact seems demeaning, I guess it doesn't matter anymore.