On my way home on Route 7 in Dranesville the other day, I saw a white van with one person inside with about 23 antennas installed on it. About 18 of the antennas were similar to those in the link below, with the remaining antennas being thru the glass whips (and a GPS on the windshield). Any idea what that vehicle may have been up to? It didn’t appear to be a government vehicle. Just curious. Thanks.

We have had several SUV's running around here in southwestern Pa with similar setups. Turned out they were from one of the cellular companies conducting tests on their phone systems.
K 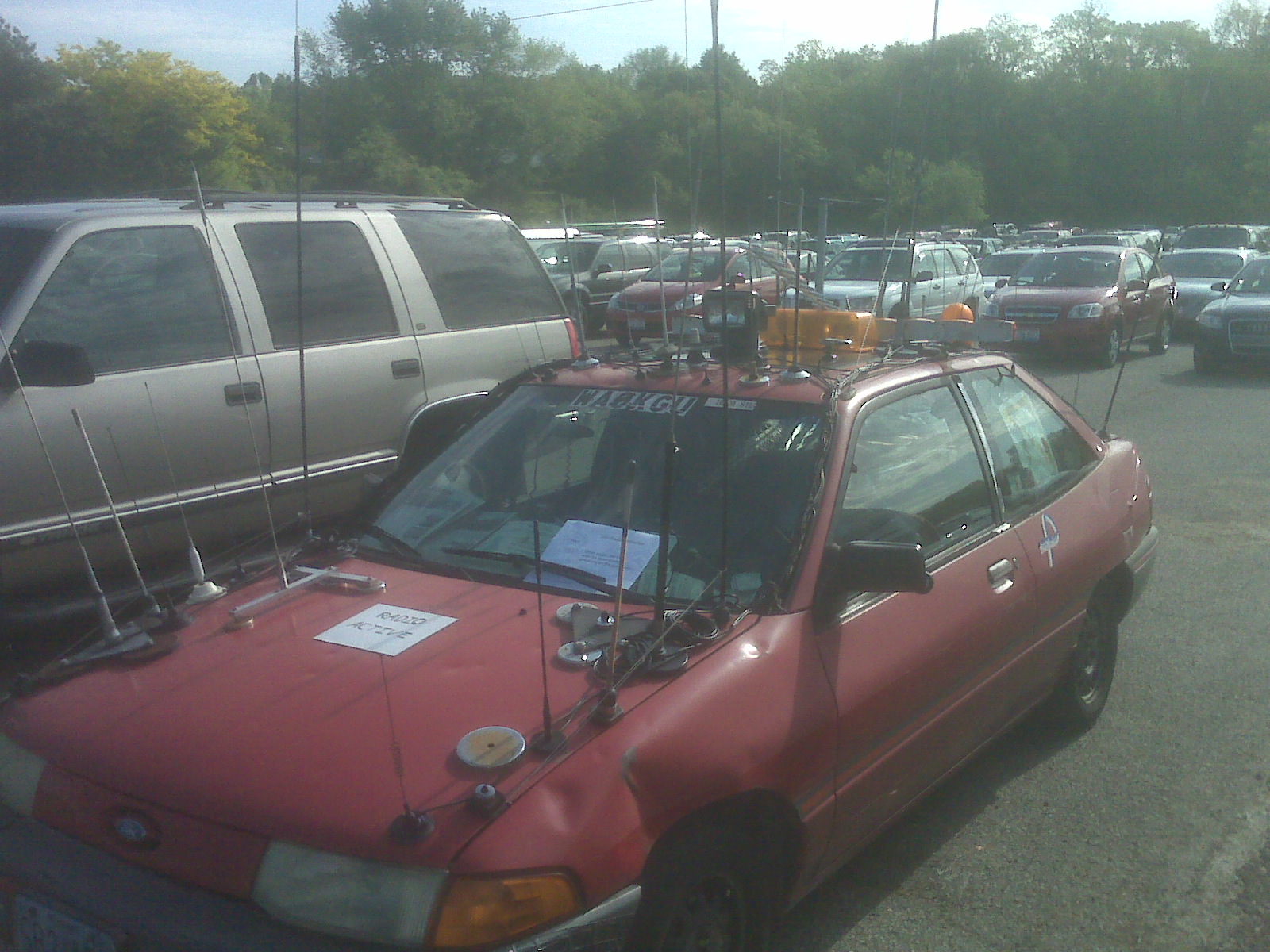 As noted, it was probably a carrier or a third party testing company (Telephia as an example) drive testing the system. They are either under contract by a particular carrier to performance test the wireless network or they gather geographic test data which they sell to the carriers.

I've seen Dodge Caravans, SUV's, and even Sprinter vans set up for this.

The equipment inside is worth a heck of a lot more than the vehicle!

Hey k9wg first pic is a GEM...lol....thats and electricians NightMare...Tell me How does he EVEN get to the GAS and BRAKE PEDALS......2nd pic has to be an RF NightMare in itself (possibly a mobile cancer treatment center)
god only knows how many alternators he went thru...lol
K

ipfd320 - Hey k9wg first pic is a GEM...lol....thats and electricians NightMare...Tell me How does he EVEN get to the GAS and BRAKE PEDALS
Click to expand...

As long as he is NOT texting while driving.....


eta: He even has a web site

I've seen a similuar van and SUV on RT7 near Round Hill and Leesburg (near RT15). Both vehicles had Fed plates. The SUV near/in Leesburg was stopped and heading west. The van was traveling on RT7 westbound.