It's been many years since there has been any SW from Venezuela or Columbia - anyone remember Ecos del Torbes, R Barquisimeto or R Sutatenza? However now it seems we have a little activity....these notes are summarized from the World of Radio reflector

* 4940 - This is evidently a missionary station, so far no solid ID. TDoA is difficult due to irregular schedule, but it is thought this is coming from the Columbia/Venezuela border, in the jungle regions, on the Columbian side. There is a Peruvian also here, but it's rarely heard

* 6906.1v - This one has been reported in a number of places. It is evidently a relay of 93.7 in Venezuela, tent. La Voz del Tigre Anzoategui. They are using USB+Carrier. The frequency varies somewhat in reports - one time it's 6906.15, and has varied as high as 6906.5 One might think this is a pirate due to the frequency, but in reality it's testing with about 50 watts, awaiting a permanent license from the government. Given the Maduro regime's tight hold, this might not happen but who knows?

If you can't hear them locally (it's going to be a bit tough in my neck of the woods with the remnants of Delta approaching us), you can try using a remote SDR. I've heard both of these using the Kiwi SDR at TWR Bonaire (as has several others), along with some of the local SDRs (I used the one in Alexandria last night). You can also try something in south Florida and Texas. These stations aren't on every night, so if you don't hear it one night, keep checking.

Any news of a new station is great news. Thank you for the heads up!
K

By the way the 4940 station seems to sign on around 2300 UT, and the language for both is Spanish. These are good test stations for your setup....Mike

Nitpicking - it's "Colombia", not "Columbia"
K

We have a Columbia here in Maryland - senior moment, so sue me (heh)....Mike
K

It occurs to me that newcomers might not know what TDoA is....this will help explain it. It's unique to the Kiwi network - none of the other SDR networks have this... 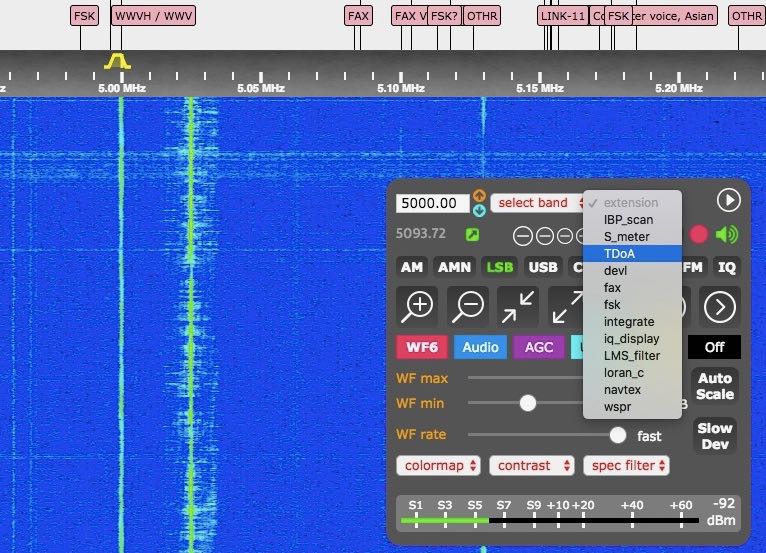 There has been some fascinating functionality added to the excellent KiwiSDR network of online software defined radios: Time Difference of Arrival (TDoA) direction-finding functionality. RTL-SDR.co…
swling.com

I just checked the Colombian on 4940 using the Kiwi in Warrenton and it was easy copy tonight. The Venezuelan is weak, but much better on the TWR Bonaire Kiwi. I couldn't get a good zero beat on it, but even in SAM it was quite easy copy.

Ecos Del Torbes was great fun to listen to!

Loved listening to them when a game was on also
K

From Manuel Mendez on the WoR reflector...

VENEZUELA, Radio Onda Corta Venezuela, El Tigre, 6200 and 7375. According with information in the Wathsapp Group " Banda Corta Venezuela" from the owner and t echnical director of R. O. C. V. , Gregorio Kina, this station will be back to the air very soon, probably next Sunday, alternating 6200 and 7375 kHz. Gregorio is currently adjusting the antennas of the station.