In spite of them nearly having a head on collision with a cyclone, they're still on the air, but their 3945 transmitter is giving out harmonics on 7890 and 11835. Even 15780 has been reported at times. Times seem to vary between 04 -07 UT, but they were running a 24 hour schedule at one point. You can try for them using web radios in NZ and elsewhere close in the Pacific. Check 2485 as well even though it's not on their website, which is;

I'd take a look at the latest Eibi, HFCC, etc. schedules for info......all this came from the World of Radio reflector at groups.io Mike

Just getting a bit of carrier now at 0645 UTC/1845 local on 3945kHz but no sign of any modulation - same on 7890 and 11835. The broadcast would probably be for the local islands and also in the local dialect - a few years ago Vanuatu was a condominium of France and the UK and called the "New Hebrides" - they achieved self-government in January 1979 but it was a right mish-mash for a while - at last a real form of government was established and they sorted out a local language called "Bislama" - or sort of half-way Pidgin English and local dialects. I have a book around here somewhere called " Ebri sumting you wantem kno bout Bislema but toomus afrait askim". The paper money has the motto "blong God youmi stanup".

An island further up the chain called Esperito Santo is the home of the famed "Million dollar point" where all the heavy machinery that was used in WW2 to build runways and roads was bulldozed into the sea. Million Dollar Point or Million Dollar Beach is a jumble of WW2 vehicles, machines, and boats in 15-25m of water off the beach on Espiritu Santo, Vanuatu

Further up the island chain is the original "Bungy-jumping".... 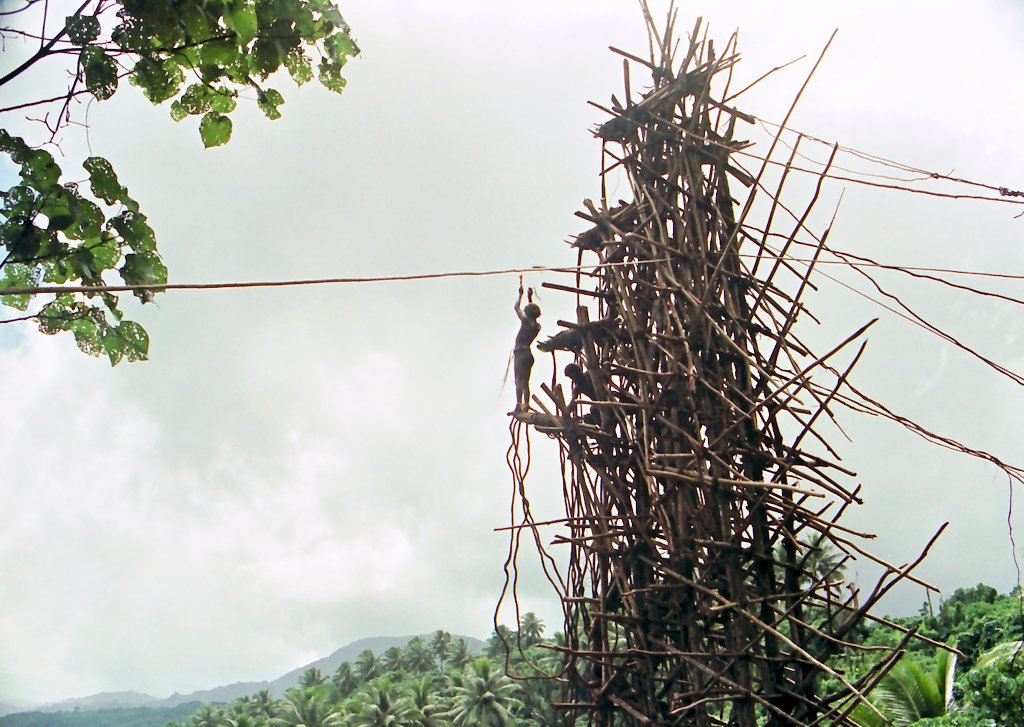 0915UTC/2115local 3945kHz - a ladies voice sounding like a conversation with a younger girl - couldn't make any sense out of the language as it was lost in the noise and lightning crashes - at first I though it was Radio Nikkei from Japan but I checked the schedules and found I had put the wrong UTC time in the lists!