I love railfanning and watching the freights go along the Metropolitan Subdivison in MD.

I was wondering if there was any way to track the CSX locomotives? I was looking into ATCS but I am really confused on how this works and stuff so could someone point me in the right direction?

There is no public way to track locomotives. ATCS simply shows where trains are and what they're lined for. It's a good way to know "what is coming" when you are trackside. It WILL NOT tell you the train ID or other info. Any other questions ask away!

Perfect Thanks! So im kinda confused how to set up ATCS for example where do I download the software?

My problem now is that I will go sit at the MARC Station and wait for hours and see no trains and then sometimes I wait for 5 mins and see 5 trains. So I am looking for a way to know what is coming so I know when to go watch them.

The majority of CSX has been converted to satellite and is no longer using 'radio code line' (RCL). Satellite control cannot be monitored so ATCS Monitor will not work for most CSX subs.
The ATCSMonitor groups.io group still has the layout files for CSX available but they will not decode anything. I guess they keep them for nostalgic purposes. I know the layout files the guys create take a fair amount of effort to create.
There are discussions at the groups.io group about a couple small areas of CSX that can still be monitored with ATCSmonitor but I don't know where they are located.

Thanks! I will go check that out right now Much appreciated.

Careful, I CAN hear you!

The only way to really track CSXT is by using your scanner and listening. Thats it. Unless you get a job with them, and share the info and thus get fired, maybe prosecuted for it?

What you can do to give you some advance warning is get scanner or receiver that can receive the road frequency for the rail line in question. As you gain experience with monitoring the railroad, you'll figure out where the automatic defect detectors are located. When you hear the detectors, you'll know where the trains are. You can also monitor the rear-end devices on 452.9375 and 457.9375 MHz. When you hear the data burst on those frequencies, a train will be close.

Location
Between the lines

AK9R said:
What you can do to give you some advance warning is get scanner or receiver that can receive the road frequency for the rail line in question. As you gain experience with monitoring the railroad, you'll figure out where the automatic defect detectors are located. When you hear the detectors, you'll know where the trains are. You can also monitor the rear-end devices on 452.9375 and 457.9375 MHz. When you hear the data burst on those frequencies, a train will be close.
Click to expand...

Are those two frequencies for all rail companies or just one?

They are standard for most all HOT/EOT devices.

I understand there is one in the 160MHz frequency range as well, but I think it is rarely used. ( I don't remember it either)

The 160 MHz EOT was only used by Norfolk Southern or a predecessor, as I remember, and they have since converted to units using the UHF frequencies.

Mikejo said:
They are standard for most all HOT/EOT devices.

I understand there is one in the 160MHz frequency range as well, but I think it is rarely used. ( I don't remember it either)
Click to expand...

Besides using ATCS to see signals and movements

I use SoftEOT to see if there is any movement at all. There is data in that EOT signal, Brakepipe pressure and movement and more. It will says 1 or 0 for train movement if the train is moving or not and tell you the end of train brake pressure to see if theres braking or release of brakes.. Supplement this EOT with ATCS gives an excellent picture of movements. Sometimes theres a signal but no train for 10,20,30 minutes, this is were EOT comes it to tell you if there is a moving train or not

Bjc123 said:
Thanks! I will go check that out right now Much appreciated.
Click to expand...

The Metropolitan Sub is one of those which has been converted to satellite, so the only way to keep track would be to listen to your scanner. Don't forget to put in the FRED frequencies (452.9375 engine-to-FRED and 457.9375 FRED-to-engine); they're short range UHF so if you hear something (especially on 457.9375), there's a train mighty close by.

There's also a software package out there called SoftEOT which allows you to decode the FRED transmissions although it's pretty esoteric data (train line pressure, rear end movement, etc).
J

It is also a good idea to monitor the DPU channels, I find that most locomotives transmit on these frequencies even if no DPU is in use. These transmit at higher power and can be heard when the train is a lot father out.
J

Get yourself a copy of the employee timetable for the area you are railfanning, it can help in understanding what is heard on the radio.
F

jmumford said:
Get yourself a copy of the employee timetable for the area you are railfanning, it can help in understanding what is heard on the radio.
Click to expand...

Hah! Good luck with that...

I've been watching trains with a scanner/receiver in my hand/vehicle since about 1980, and the comments by the dispatcher are much more useful than just about anything else. I was watching last night and I normally search the whole VHF Railband and I heard the NS dispatcher tell someone who I couldn't hear, "There's a bunch of Eastbounds coming in the next hour or so, so if you need to do something, get it done, or you have to wait!". About 45 minutes later a bunch of Eastbounds started coming, along with a couple of Westbounds. Only real thing that stood out was a stack train passing me at MP 297was going about 40 and slowed down in a hurry with some banging and clanging. They were told to creep for a while until some train crossed ahead, but they never said what the other train was and where it was crossing.

Back when my dogs were alive, I would base my going out to the tracks in Holland, Oh by what the dispatcher said. If they said anything like, "It's about to get busy pretty soon!", I would make my dog(s) very happy and say the magic words, "Choo choos?", go out to the kitchen and pack some stuff to eat, ignoring their glares and spinning insanity, and load them up and go. Most of the train crews back in the Conrail days knew my dog Gus by name, but after the tracks went to NS, they knew him as the "Border Collie" (He wasn't, he just looked like one), or the "black and white guy". A few knew him by name, and it always made him happy when they yelled it as they passed. But if the dispatcher told a MOW crew it was going to be slow and they could take the track, I would make my dogs very unhappy and tell them we were staying home, resulting in a lot of dirty looks and sighing. Gus would be so put out he would pretend to ignore me. This was taken just as I was about to tell him we were staying home. I wish I had taken a pic of him with his head turned away and puffing his cheeks out sighing: 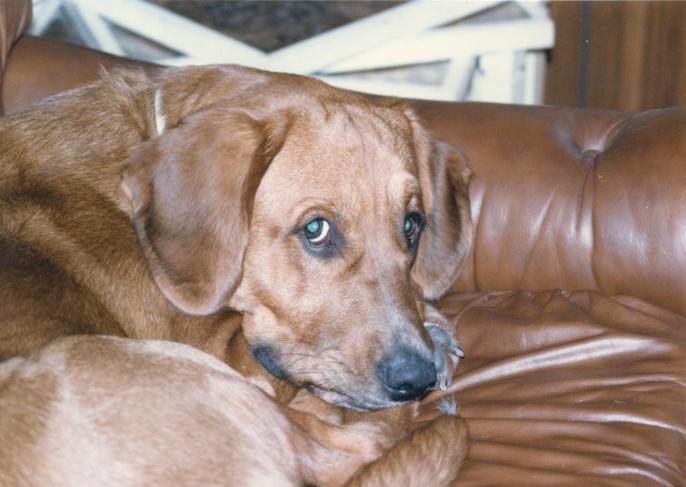 franks_ham said:
Hah! Good luck with that...
Click to expand...

Current ETTs are pretty hard to find, but Multimodalways.com has a nice archive of past timetables available for download. A relatively recent one should still be accurate enough for Railfan purposes.

Hi everyone I just saw all of this lol. So yes currently I am listening to the defect detectors and the end of train telemetry ( Just so I know if a freight is close by so I don't leave early lol ) I also found a 2014 Employee time table on eBay so I have that even though its out of date It still provides a nice general idea of locations / milemarkers and a bunch of other info. I was just curious if there was a better way of doing this and I guess not. So thanks for the responses
J