Just purchased a radio off eBay and I would like to know what software it uses so I don't buy the wrong version. Here's a pic of the back of the radio to show the model number. 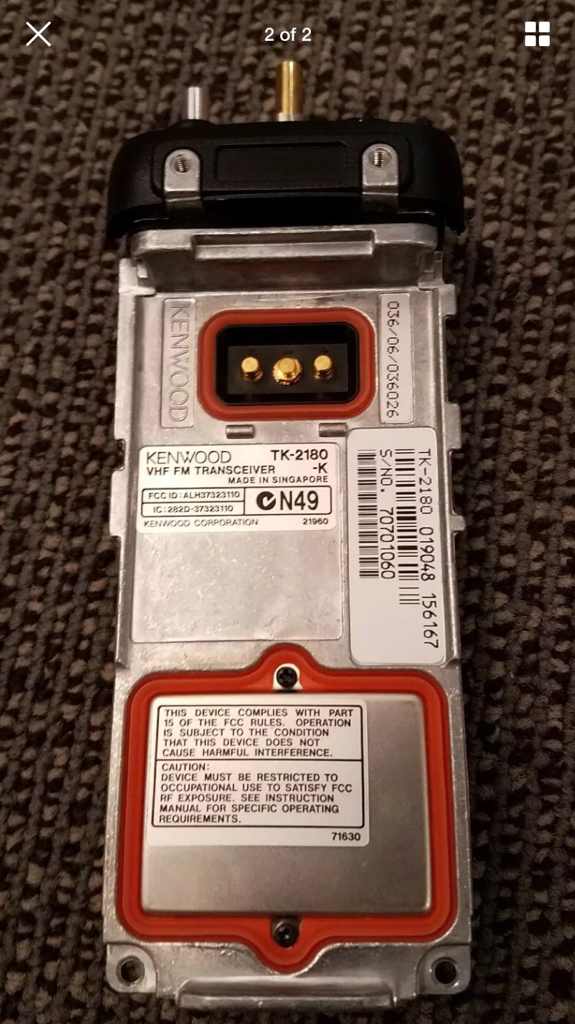 KPG-89 is what you want. Nice radio I've programmed a few for the local ski mountain.
D

Before you buy the software, I'd make sure you get the updated software (which I believe is version 1.6). Depending on what firmware is on the radio it can enable more functions such as MDC-1200.

You'd need to be careful since some of the software/firmware versions can force narrow band on the 150 and higher frequencies. Below 150MHz, it'll still do wide, so not an issue for the amateurs. If you plan on using it on Marine VHF, etc. you'd either want to keep an older version, or spring for the W-license to allow wide band programming again.

That's not an issue on this radio.

89DN will enforce narrowband but that's only in software not in firmware. You can read the same radio again in 89D and make necessary changes.

V1.22 was the last firmware release, but significantly older than 89DN.

89D and 89DN both share v1.61 releases, the only difference being narrowband (and 89DN doesn't work with TFS)

I have two Tk-2180, both have updated firmware for MDC and i use 89D V1.61. This version does Narrow and wideband. Did the radio come with a housing case?

Baker845 said:
Did the radio come with a housing case?
Click to expand...

Yes. Looked like in the photo yours was missing the case.

You could order a new case from a Kenwood dealer. Part number for the K model is A02-3847-03
Recasing radios isn't uncommon. Since they'll take a beating in the real world, it's something that many shops will do.
Other options would be to buy a broken radio with a good case and swap, or look for an after market supplier. Other items you'll likely need:

Like I said, an option might be to buy a broken radio and just swap the parts over.