I recently acquired a TK-790 off eBay and I'm looking for a magnetic antenna. I don't want to drill any holes in my truck. What is the best antenna at around the $50 range for frequencies 151-159? I'd rather it be black than chrome but it doesn't really matter. I definitely don't want a cheap Chinese Pofung antenna unless you've had excellent experience with them.

I have used the Tram 1154, It has worked great for years. 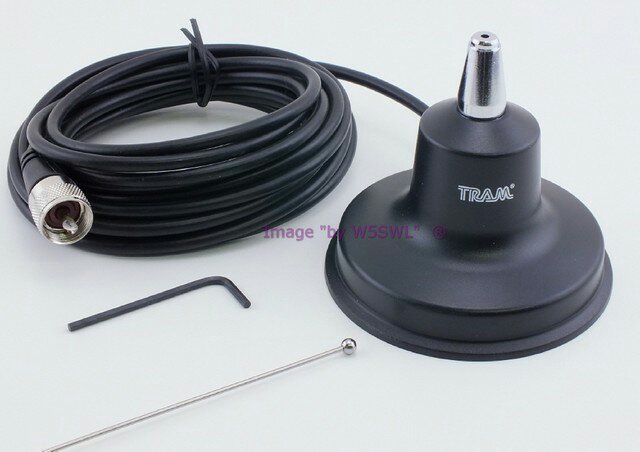 Go with an NMO mount. Much more flexible, swap out whips depending on your need.

Go with an NMO. You'll do less damage to the vehicle and the performance will be much better.

Sent from my HTC One A9 using Tapatalk 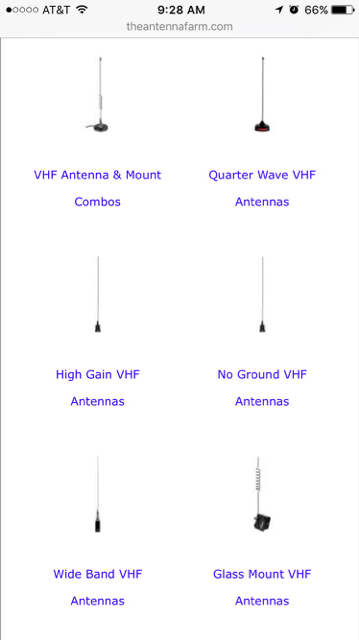 while searching for an antenna. I noticed there were quarter wave, no ground, wide band, and high gain. What is the difference between these?

Zsneese said:
[ while searching for an antenna. I noticed there were quarter wave, no ground, wide band, and high gain. What is the difference between these?
Click to expand...

Physically shorter antenna. Requires a ground plane under the antenna to work correctly. Lower height can be a benefit on taller vehicles. 1/4 waves also have a nice round radiation pattern, which can work well in the mountains or hilly terrain where the other station you are trying to connect with could be well above or well below you. Quite broad banded and a good choice if you need to work on frequencies spread across the band. I use these almost exclusively, and when I put them on an analyzer, they'll give 2.0:1 SWR or less across the band, from 144MHz (amateur radio band) to well up above 160MHz.
0dB of gain.
Least expensive antennas (usually). Can be purchased for $10 or so, and work quite well.

Partially a sales gimmick. A standard 1/4 wave is very wide band. There are certain tricks they can use to increase useable bandwidth, like making the antenna whip thicker. This is a good solution (along with the 1/4 wave) if the frequencies you are going to be using are spread over a wide area of the spectrum. Usually this is where you have channels down around 150MHz but also need to use the federal portions of the band up around 170MHz. Usually it's not required in most cases.

Physically longer antenna. Good choice when you are out on the plains and the stations you need to communicate with could be way out on the horizon. They usually have 3dB or more of gain. This effectively doubles the transmit power, but it does this by focusing the radiated power out towards the horizon. In some cases, like in the mountains, this can be a drawback as the performance will drop off if the other station is much higher angle above or below you. Longer antenna can be an issue on tall vehicles, hitting branches, parking garages, etc. Also, they tend to have a much narrower useable bandwidth. Fine if all your frequencies are within a few MHz, like on the amateur radio bands, but can be problematic if the frequencies you use are spread out across the band. Cost more....

I'll add a few things:
1. Higher gain often is an attractive trait in an antenna when you just look at the gain numbers. Since the higher gain focuses more power at the horizon, it makes it look like you are running more transmit power than you actually are. A lot of times people will see this as "free" power and think they scored the deal of the century. In reality higher gain antennas can work agains you in some situations.
2. No manufacturer has any sort of magic pixy dust they add to antennas that will make them break the laws of physics. Antennas are not magic, they work a certain way. Some manufacturers will tweak numbers, make claims using "alternate facts", etc. to try and make their antenna look better than another. Doesn't work that way.
3. Avoid the cheap Chinese brands. Browning, Tram and the off brand stuff might save you a few bucks, but you'll end up paying more in the long run. Don't waste a perfectly good radio like the TK-790 with a crappy antenna.
4. Go with the NMO mounts. They are the de-facto standard in the industry. Once you have that installed, you will have your choice of many different brands and styles.
5. Often the $10 quarter wave antennas work just fine. Don't get blinded by the gain numbers.
6. Do it right the first time. A properly installed quality antenna will easily outlast your vehicle if it's properly maintained. Cutting corners will lead to disappointment, headaches, etc.
L

Just a maxrad 1/4 wave nmo will do just fine.

Yes, stay away from all ham grade or Chinese knock offs of decent antennas!

You only get what you pay for

If you decide you need a gain antenna, the larsen nmo wb150b is one of the best and with it's 1/2 wave design, it will provide great range even when used on a less than ideal(mag mount) ground plane

All good, but what was not mentioned: Get the correct mating connector for your radio, for the Kenwoodie, UHF male.

Stay away/avoid the Browning, Comet, Tram, junk from China and other places....

mmckenna said:
Go with an NMO mount. Much more flexible, swap out whips depending on your need.

Thanks for the replies everyone. I think I will go with the antenna and base that mmckenna suggested

I have been running a NMO TRAM 5/8 wave on my Kenwood TK790H radio for 15 years on my Off Road racing Chase truck in Baja with only one problem and that was the whip set screws came loose. So I put blue thread locktite on them, that was over 10 years ago. Swr is pretty consistent under 1.2 to 1.7 from 151.000 to 156.995. We run the same antenna on several race trucks in the Baja 500 and 1000. If you are in the middle of Baja a 1/4 wave antenna will not cut it. We have a couple non ground plane 1/2 wave antennas on a Jeep and a buggy with a roof rack that obstructs the ground plane on the roof. I do have a 1/4 wave antenna on a F350 pit truck with the dual band kit for the TK890H UHF AND A 5/8 WAVE antenna for the TK790H. Both Tram NMO. For UHF, it's not a long distance band, but gives us flexibility. That is just my experience over the years. I only have the magnet mount for a loaner TK790 50 watt radio for people that help in Baja that don't have a radio of their own. 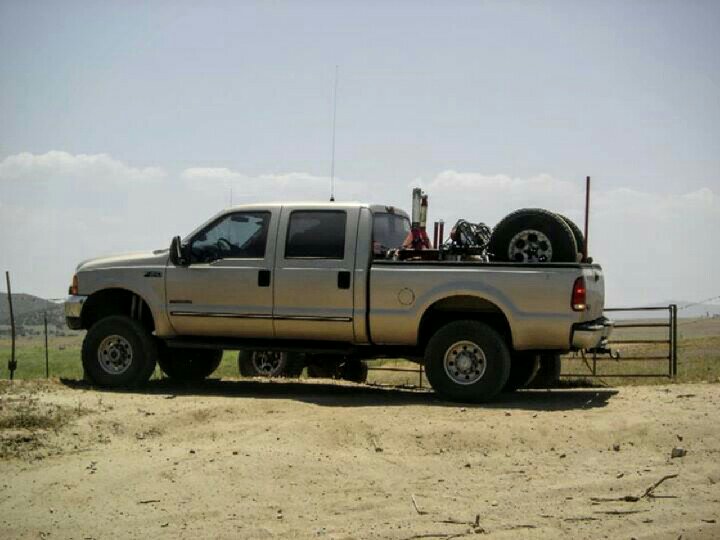 15 years, are you sure about that?

Tram-Browning was incorporated in Oklahoma in 2008. I've only seen their products on the market since about 2010.

I just rechecked that antenna on the F350. It is a Laird brand, sorry brain fart. they looked the same and the orhers I have are Tram's for our other trucks are closer to 5 years old. We have bought 4 of the 1/2 wave Tram magnet mounts over the last 4 or so years. I still have the original.

Has Trams quality gone down, I ask that because we have not had an issue yet. You never know when a company will cut costs and loose quality.

Obviously the Laird I have has been good, even with beating it to death.

Also, I use RG8X Coax because the shielding is more durable in a off road vehicle.

I don't know. I've looked at the Tram, Browning and a few other off brands at the trade shows and I was't impressed.
When you compare a Larsen, Laird, etc. beside one of these Trams, you'll see the difference.

Sounds like it's working for you, and that's good. I'm sure it takes a beating out there.

I've have Larsen's that are 20 years old, at least. Working in the industry, I won't stake my reputation on a Chinese made radio or antenna, it's just not worth the cost savings.

Looking at the e-Ham reviews, the amateurs seem to love them, with a few exceptions. It's a different world between the amateur radio side and what you and I do to antennas.