"21-50" to headquarters" and "whenever the laws of any state are violated a duly authorized agency is swung into action, in some states it is called the state police, the state troopers or the HIGHWAY PATROL" is ingrained in this 70 year old guy who last watched the show in reruns as late as 1989 or so. The actor's name was Broderick Crawford. There were less than 200 episodes as I recall. I think it started when I was 4 years old and ended when I was 8 years old so I didn't see many newly broadcast episodes. . KTLA TV in southern California played the reruns every afternoon for decades. Cable TV in Flagstaff and Mammoth Lakes included KTLA, with Sudden Stink cable dropping the station about 3 years ago. They had dropped Highway Patrol back in about 1990 or so.

If your area has a local MyTV station they run Highway Patrol weekday mornings, early. I have been able to catch a few episodes I hadn't seen. Also, at one time you could buy the whole set on DVD, not sure if it's still available. I, too, enjoyed it as a kid! 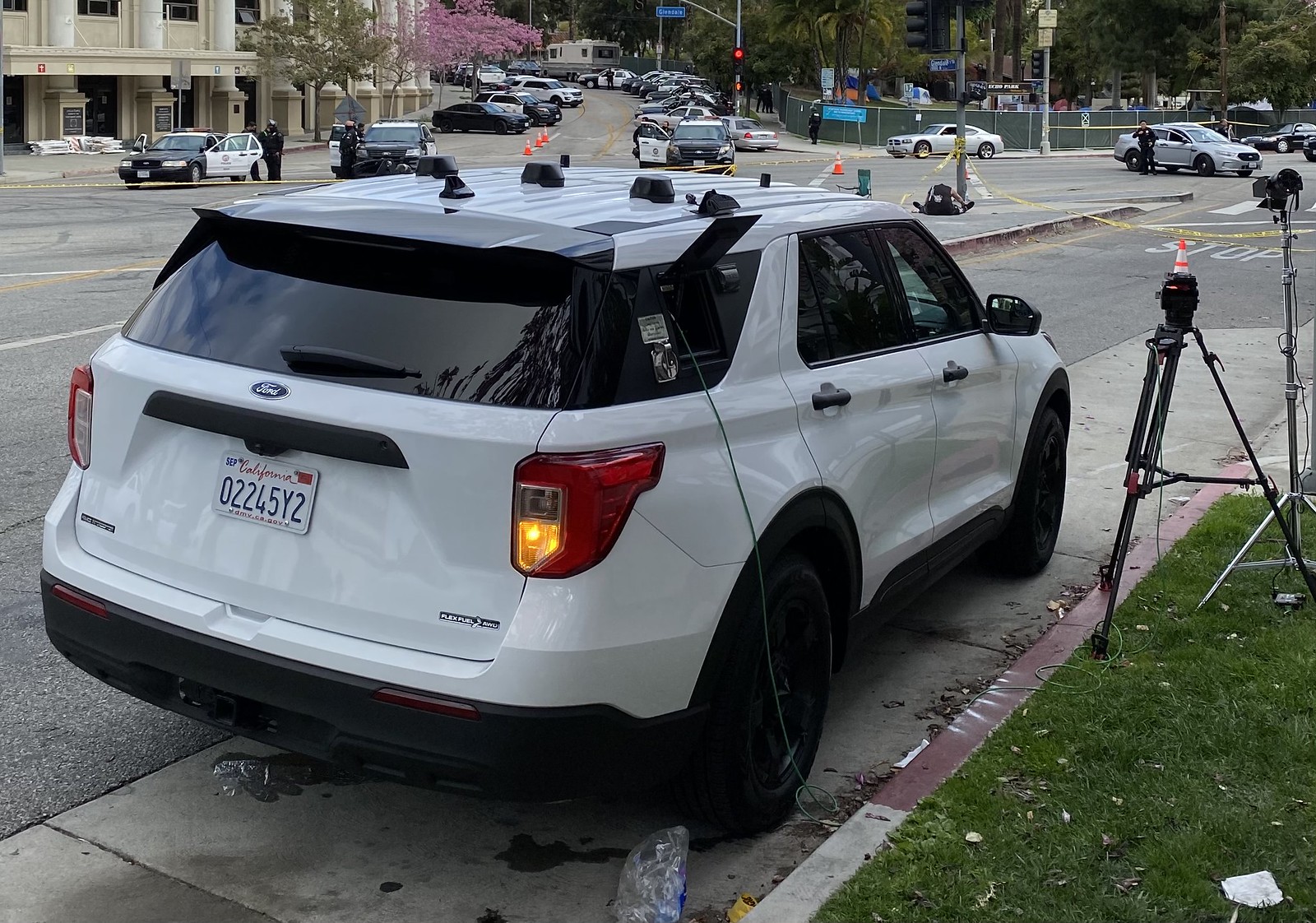 Ok. Those are a bit smaller than the ones I saw.
Is that maybe for satellite data ?
I can't see them used for voice comms.

I believe the foot long brick on the right side of the roof is the antenna the OP is referring to. I've seen a few chargers in the LA and Barstow areas around the beginning of this year.

Dude. That is what in out here in Ventura Co..
So I understand, what are we looking to do with this system?

The longer black brick style "low pro" antenna is going to be their new LTE antenna for their MDC units in the vehicles.

Well, I didn't quote the opening narration of the show correctly. I looked it up and there is the exact wording: "Whenever the laws of any state are broken, a duly authorized organization swings into action. It may be called the State Police, State Troopers, Militia, the Rangers... or the Highway Patrol. These are the stories of the men whose training, skill and courage have enforced and preserved our state laws."

I remember drums rolling right after the word "Rangers" and before the words "or the Highway Patrol." Interesting that they use the word "Militia." I think that word has picked up a negative connotation since then. This opening narration reminds me of those 1950's era training films I was subjected to in my early wildland firefighter training in the early 1970's. Some of them were so old and so corny that we asked to see them every year at the annual refresher course so we could have a good laugh. The fires shown in those films were so minor in comparison to what we are seeing now. In fact, if the fires they were putting out in those days were allowed to burn, we wouldn't be in as much trouble as we are now. However, I'm digressing into one of my favorite subjects, fire ecology. I could go on for miles on that subject and I won't.

Thanks for the tip. I saved all of the episodes into one playlist, I'm going to watch them from time to time.
A

The new CHP roof humps are for the obvious LTE and such, but also for WiFi. The WiFi is how they are transferring their dashcam footage from new in-car systems to the station. The old method and equipment required them to walk a DVD into the building by hand. Now they can upload from the parking lot. (source-CHP officer)

The humps on the Explorer above are simply 4G LTE antennas for bonded cellular live TV transmission systems for news, which use multiple LTE connections simultaniously to achive the bandwidth necessary for reliable high bitrate video signals. (source-ME)

And as mentioned above, the 4 VHF antenna arrays are Lo-Jack. If you see a 3 VHF triangular array, that is ProNet. ProNet is Lo-Jack for bank robberies, they toss the device in with the money.

Anything like these? They were satellite antennas mounted temporarily on patrol cars featured on Live-PD for televised video.

Look at the pixs that steinburg sent.
That is what I was seeing here in Ventura Co area.
I BTW am seeing them on more units

Here is a Charger from the SD area. A local CHP oficer identified the newer hump as the WiFi for the new "EV20" system, which apparently is replacing the CPVE system. They also have a pair of MDC antennas now for some unknown reason, one wasn't enough?

Here is the new EV20 install.

iMONITOR said:
Anything like these? They were satellite antennas mounted temporarily on patrol cars featured on Live-PD for televised video.

The one on the left appears to be an Antenna Plus model:

But be aware, they can be ordered with all kinds of configurations of LTE, WiFi, GPS, LMR, MIMO, Cellular, PCS, etc. etc. etc.

The modern vehicles have a ton of stuff in the. WiFi for uploading video/reports back at the station, FirstNet, GPS, etc.

Haven't identified the manufacturer of the one on the right yet. Maybe someone with direct knowledge can find out.
O

On the money Ander.
Great view. Thank you for the I.D.
Just more toys I guess.

This is a North Sacramento Patrol Unit On The Gold!

You may have noticed CHP ditched the Laird antennas for the ones in the pic above.